Please ensure Javascript is enabled for purposes of website accessibility
Log In Help Join The Motley Fool
Free Article Join Over 1 Million Premium Members And Get More In-Depth Stock Guidance and Research
By Michael Dean McGrady Jr – Updated May 1, 2020 at 11:26AM

The Cold War-era law is once again being used by the White House, this time to keep meatpackers including Tyson, JBS, and Cargill operating for the duration of the coronavirus pandemic.

Where's the beef? People are freaking out about a potential shortage in the nation's meat supply. At least, that is what some of the country's largest meatpacking companies are warning about. John H. Tyson, the chairman of Tyson Foods (TSN -1.22%), signed a letter published in a series of full-page newspaper advertisements in which he says "the food supply chain is breaking."

This stark observation comes as the COVID-19 pandemic continues to usher the U.S. into an economic decline potentially worse than the 2008 market crash and the Great Depression of the 1930s. Food supplies are now interrupted as entire meatpacking and food processing plants are either closed or at limited capacities.

Plants in the heartland, owned by Tyson and other companies such as JBS (JBSAY -1.97%), National Beef (owned by Marfrig Global Foods (MRRTY -3.08%)), Cargill (privately held), and Smithfield Foods (owned by China's WH Group), have been hit by coronavirus outbreaks among plant workers. 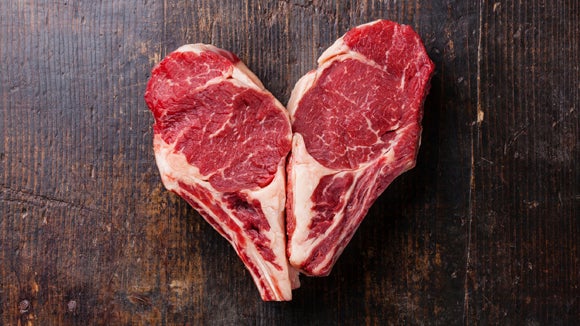 Conflict at a JBS plant in Colorado

Greeley, Colo., for instance, is home to a critical meatpacking plant owned by JBS. The plant only recently reopened after about two weeks of forced closures to sanitize and prepare the facility for internal outbreaks of the coronavirus and other germ agents.

Before the closure, the plant had been hit with a sudden internal outbreak that has claimed five lives and infected more than 120 workers. Seventy-four of those workers, according to local media, are or were members of UFCW Local 7, the local chapter of the United Food and Commercial Workers union, which represents about 3,000 employees at the JBS facility in Greeley. Local 7 has been critical of the company's decision to resume normal plant operations without comprehensive testing.

JBS management's next move wasn't great for optics -- management sent a cease-and-desist letter to the union's leadership claiming that such criticisms and activism are a violation of collective bargaining agreements (though this has yet to be publicly proven).

The Defense of Ground Beef Act?

Given the internal divisions between management and workers, coupled with the systemic decline in business, it may be no surprise that President Donald Trump decided to use Defense Production Act power (again) to mandate that meatpacking facilities stay open for the interim of the pandemic. His executive order, which aims to secure the meat supply across the U.S., declares that meat-processing plants are critical to the nation's infrastructure and food supply, and that they must continue to operate.

"Given the high concentration of meat and poultry processors in a relatively small number of large facilities, closure of any of these plants could disrupt our food supply and detrimentally impact our hardworking farmers and ranchers," Trump said.

Opponents of the order note that these plants have become incubators for the spread of the coronavirus, given that employees work side by side in dangerous and, at times, less than sanitary conditions. At least 20 meatpacking and processing workers have died from the virus so far in the U.S., according to the UCFW.

What's next for these businesses?

Investors should be concerned about the controversy and turbulence in the industry, especially amid the crisis of COVID-19. Workers and unions are angry, and the UCFW -- the country's largest private-sector union -- has been battling with companies over protective equipment and testing measures for workers in the beef, pork, and poultry processing sectors.

Because the industry has seen so much consolidation, the closure of just a few plants can significantly affect the U.S. meat supply. Noting that three plants make up 15% of U.S. pork production, Sens. Josh Hawley, R-Mo., and Tammy Baldwin, D-Wis., have asked the Federal Trade Commission to conduct an antitrust probe into the highly centralized industry.

While Trump's DPA order may give some needed boosts, there are still many risks. But in the end, all that is beside the point. The real risks of a long-term investment in Tyson and its counterparts will last long beyond the coronavirus, and they may prove insurmountable. Investors seeking companies that could prove to be safe harbors in a turbulent time would do well to look away from meatpackers.