Please ensure Javascript is enabled for purposes of website accessibility
Log In Help Join The Motley Fool
Free Article Join Over 1 Million Premium Members And Get More In-Depth Stock Guidance and Research
By Michael Dean McGrady Jr - Apr 28, 2020 at 6:30AM

A Cold War-era law is being used to encourage manufacturers to produce and distribute critical supplies to healthcare workers.

As the coronavirus pandemic goes on, there has been much to-do about the Defense Production Act (DPA) and the nationwide effort to recover the economy and fulfill shortages of critical personal protective equipment, or PPE, and respiratory care devices like ventilators.

Peter Navarro, an assistant to the president and the director of the Office of Trade and Manufacturing Policy, was named as coordinator of DPA policy in March. Navarro said on April 22 that President Donald Trump would "move swiftly" to expand the use of the 1950s wartime readiness law to produce and distribute medical supplies.

3M (MMM -0.65%), one of the companies involved in DPA contracts, saw some noteworthy spikes in its share price in April. Similar jumps took place at General Motors (GM -0.14%), General Electric (GE -0.23%), and Medtronic (MDT 0.41%). Are any of these companies a good bet for investors seeking upside from here, or have all the gains been made? 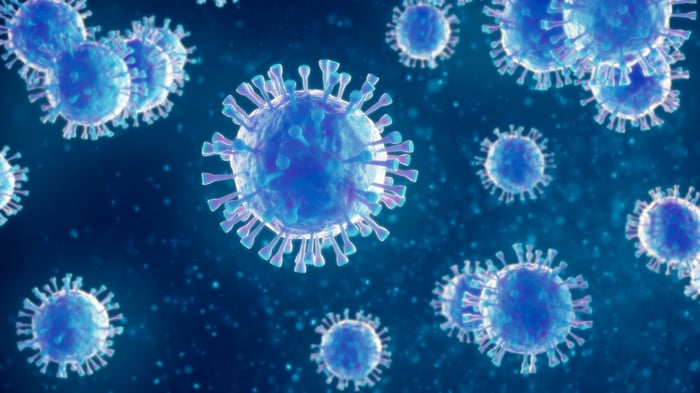 The DPA, passed in September 1950 as a response to the Korean War, was designed as a mobilization framework to marshal the forces of heavy industries like steel and mining.

The act has been reauthorized by Congress over 50 times and empowers the U.S. president to prevent price gouging and product hoarding during periods of national emergencies such as COVID-19.

The law allows the government to make contracts with businesses to ensure essential goods are produced and distributed in the manner deemed necessary, and it allows for loan guarantees or direct loans to help those businesses do so. It does not mean the government takes control of the business.

There's evidence that the act is needed; a survey conducted by the Department of Health and Human Services (DHHS) at the end of March found that the country's hospitals are wholly underprepared to respond to the equipment demands of the COVID-19 pandemic.

Health and Human Services Secretary Alex Azar was ordered in March to require General Motors to accept contracts to produce ventilators. 3M, General Electric, and Medtronic were also directed to produce N95 masks and other necessary devices, such as clinical ventilators that assist patients to breathe.

An opportunity for Medtronic and other medical device makers

According to the FDA, N95 masks are surgical-grade protective face coverings with built-in respirators that filter out harmful airborne particles and liquids and prevent potential infection. These masks were identified by the FDA and the CDC as effective PPE in short supply.

Ventilator devices are naturally more involved products, including hardware and software to accommodate breathing. The FDA and the CDC both regulate N95 respirator masks and clinical ventilators.

Medtronic, in particular, could benefit from the DPA order. CEO Omar Ishrak, in an April 21 report to investors, noted that the company had lost about 60 percent of its weekly revenue based on year-over-year sales averages for its U.S. business. Medtronic, which relies on U.S. clients for approximately 53% of its revenue, manufactures the Puritan Bennett series of devices and the Newport line of much more mobile personal ventilators that can be carried by patients.

The push from the DPA order could offer much-needed revenue generation. A few weeks ago, Medtronic leadership and Tesla (TSLA 3.07%) CEO Elon Musk confirmed the two companies are working together on developing and manufacturing several ventilators needed to fill the demand across the country. Ishrak also chose to open up Medtronic's proprietary ventilator designs so that companies can build their own.

Considering much of this, Medtronic could actually come out ahead in some regards over the next quarter or two. While that's yet to be seen, it is likely that the results of the Defense Production Act orders could begin to appear in May -- the Department of Health and Human Services expects 41,000 ventilators to be delivered by the companies under DPA orders by the end of May.

General Electric may benefit as well

General Electric may be another noteworthy beneficiary of the DPA orders. GE was also ordered to manufacture ventilators, which it's doing in a manufacturing partnership with the Ford Motor Company (F 1.02%).

According to the DHHS, GE and Ford are under a $336 million contract to deliver 50,000 ventilators by July 13. The partnership between the two companies could drive returns for investors. GE is expected to release its highly anticipated first-quarter earnings next week, and healthcare investors will be watching the strength of the results in its medical devices segment as they consider what might come next.