Please ensure Javascript is enabled for purposes of website accessibility
Log In Help Join The Motley Fool
Free Article Join Over 1 Million Premium Members And Get More In-Depth Stock Guidance and Research
By Prosper Junior Bakiny – May 11, 2020 at 4:19PM

One of the company's pipeline candidates received the orphan drug designation from the FDA.

Shares of CRISPR Therapeutics (CRSP -2.68%) jumped by 13.8% on Monday, after the clinical-stage biotech company announced some exciting news regarding one of its leading pipeline candidate, CTX001.

CTX001 is an investigational treatment for Sickle Cell Disease (SCD) and transfusion-dependent beta-thalassemia (TDT), both of which are rare blood disorders. Today, CRISPR Therapeutics reported that the U.S. Food and Drug Administration (FDA) granted CTX001 the Regenerative Medicine Advanced Therapy (RMAT) designation. This designation is reserved for drugs or treatments that meet three criteria. 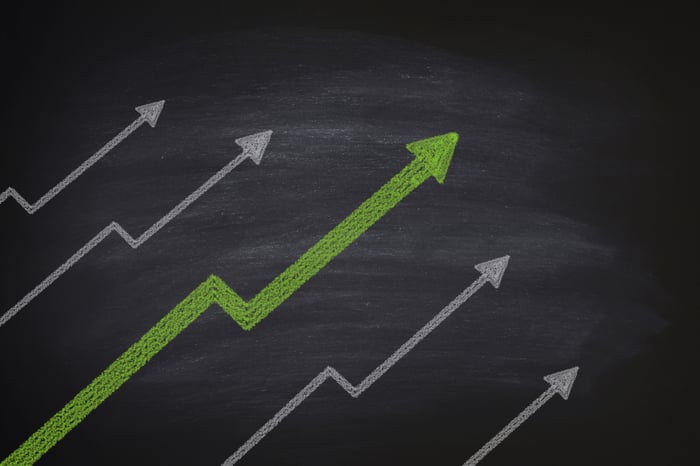 First, the drug must be a regenerative medicine therapy, a form of treatment that seeks to replace cells or tissues that are affected by a particular condition. Second, the treatment is intended to cure a severe or life-threatening disease. Third, "preliminary clinical evidence indicates that the drug has the potential to address unmet medical needs for such disease or condition."

In November 2019, CRISPR Therapeutics announced positive results from a phase 1/2 clinical trial for CTX001. The trial involved two patients, one with TDT and one with SCD. The TDT patient, who required 16.5 blood transfusions per year before the treatment, was transfusion-independent nine months after the treatment.

Meanwhile, four months after being treated with CTX001, the patient with SCD did not experience any vaso-occlusive crises (a side-effect of SCD that causes acute pain). Before the treatment, this patient experienced an average of seven vaso-occlusive crises per year. These results were encouraging, but investors should remember that there's still a long way to go before the biotech company can hope to launch CTX001 on the market.