Please ensure Javascript is enabled for purposes of website accessibility
Log In Help Join The Motley Fool
Free Article Join Over 1 Million Premium Members And Get More In-Depth Stock Guidance and Research
By Reuben Gregg Brewer – May 11, 2020 at 11:10AM

The high-end hotel REIT fell ahead of earnings, suggesting investors are expecting bad news after the close.

Shares of DiamondRock Hospitality (DRH), a hotel real estate investment trust (REIT), fell sharply at the start of trading on Monday. The move was swift and direct, with the stock down more than 11% by 10 a.m. EDT. There didn't appear to be any news in the morning that elicited that decline, but investors are clearly awaiting bad news after the market closes.

DiamondRock previously announced that it would release first-quarter earnings after the market close today. The only other news about earnings that it had provided came on March 18, when it gave an update about the impact of COVID-19 on its business. As you'd expect, the news wasn't good, given the government's social-distancing efforts and calls for nonessential businesses to shut down. 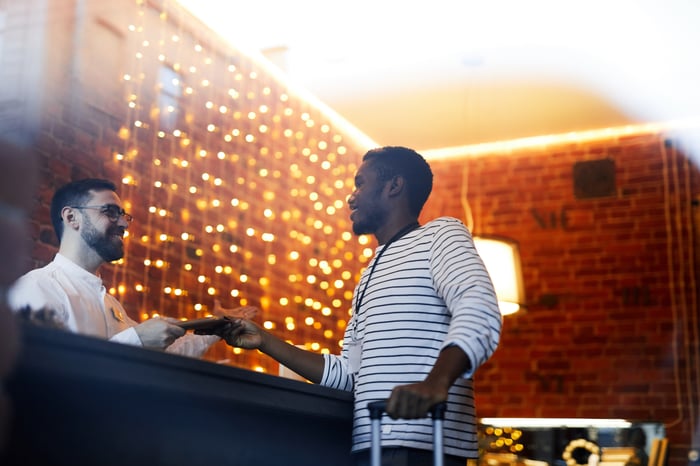 In that mid-March update, the REIT had noted that it was seeing heavy cancellations in March with a smaller number in April. That's likely to have a notable impact on the company's first-quarter numbers. But the first quarter is probably going to be much better than the second, which is likely what has investors worried and selling. Since the economic shutdown accelerated through April, how much worse have those numbers gotten? Investors will be looking for an update. And what about May, June, and beyond? These are all questions that investors are going to want answered, even if the news isn't very good.

The economy is basically at a standstill, and hotel rooms have an effective lease length of one night. REITs like DiamondRock, even though it owns high-end hotels, are one of the first to feel the hit when economic activity declines. Investors are likely selling ahead of what is expected to be pretty bad news about the second quarter. A dividend cut is also highly likely.

DiamondRock is not an appropriate investment for most investors right now. Although the economy is starting to reopen, the process is expected to be slow and drawn out. Hotels will have to work hard to persuade guests that they are safe to visit again. And that is on top of the bigger issue of people getting comfortable enough to travel. This REIT, and many others, likely have a long way to go before things are normal again. The next couple of quarters could be very ugly.