Please ensure Javascript is enabled for purposes of website accessibility
Log In Help Join The Motley Fool
Free Article Join Over 1 Million Premium Members And Get More In-Depth Stock Guidance and Research
By Keith Noonan – May 11, 2020 at 12:03PM

The camera company is making moves to reduce expenses, but the business is facing big challenges.

Shares of GoPro (GPRO -1.76%) climbed 34.4% in April, according to data from S&P Global Market Intelligence. The camera company's stock bounced back last month after sliding 31% in March. 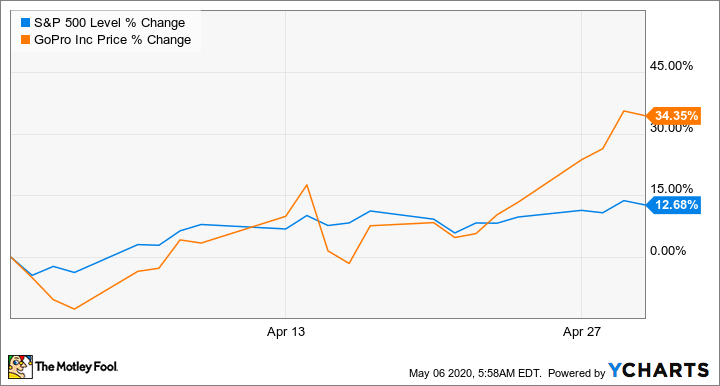 GoPro stock got hit hard in March's coronavirus-driven sell-off, but shares saw recovery in April thanks to momentum for the broader market. The stock is still down roughly 24% year to date despite last month's big gains. 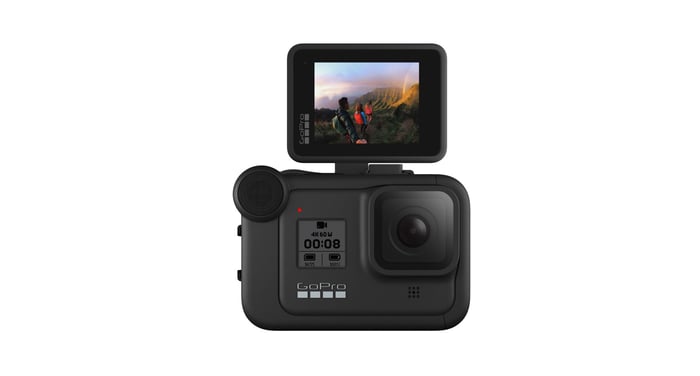 GoPro has been struggling as commodification in the action-camera space has led to declining sales and margins, and its efforts to bolster the business with an online-platform component have failed to move the needle. Shares saw substantial positive momentum in April after hitting a lifetime low in March, but the company's long-term outlook appears dim unless it can come up with new products to reinvigorate consumer demand.

GoPro stock has lost some ground in May's trading. The company's share price is down roughly 6% in the month so far. 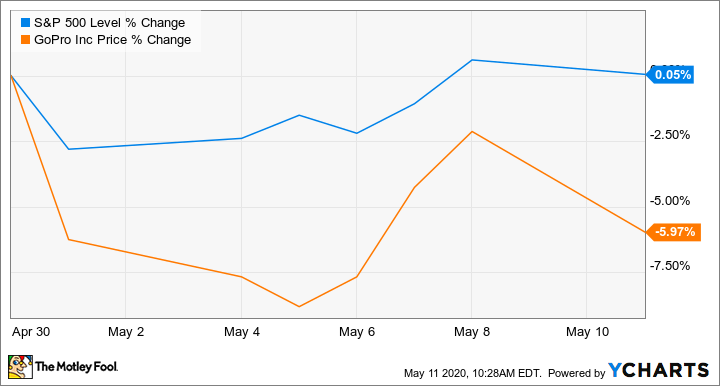 GoPro published first-quarter results on May 7, reporting revenue and earnings that were in line with the market's expectations. Sales for the period fell roughly 51% year over year to come in at $119.4 million, and the company's non-GAAP (adjusted) loss per share was $0.34 -- expanding from its $0.07 adjusted per-share loss in the prior-year period.

GoPro suspended its full-year guidance0 with a press release in April, but CEO Nicholas Woodman said during the company's first-quarter call that the business was starting to see demand rebound after the slowdown created by the novel coronavirus. GoPro is aiming to boost profitability by reducing expenses and building direct-to-consumer sales -- which generate higher margins than sales through third-party retailers.

The action-camera company is valued at roughly 0.75 times the average analyst target for this year's sales.