Please ensure Javascript is enabled for purposes of website accessibility
Log In Help Join The Motley Fool
Free Article Join Over 1 Million Premium Members And Get More In-Depth Stock Guidance and Research
By Keith Noonan – May 11, 2020 at 8:52AM

The retail stock gained ground in April, but the market didn't seem to be impressed by its explosive digital sales growth.

Shares of Target (TGT -0.23%) climbed 18% in April, according to data from S&P Global Market Intelligence. The retailer's stock bounced back after falling 9.7% in March's trading. 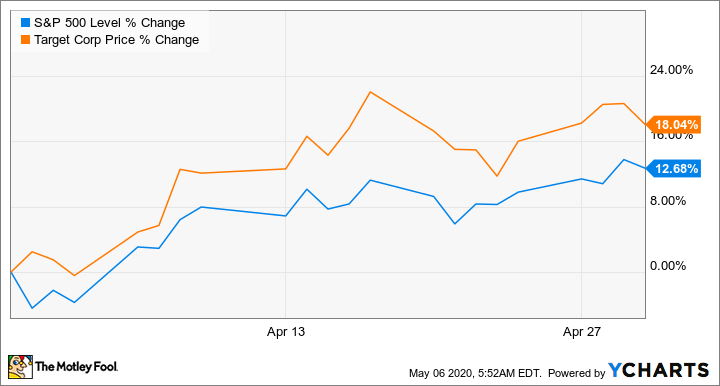 The broader market bounced back in April after concerns related to the novel coronavirus prompted steep sell-offs in March, and Target stock benefited from the positive momentum. The retail giant's management gave an update on April 23 stating that profitability would take a hit in the first quarter due to coronavirus-related expenses, and while the company's share price dipped following this news, it still closed out the month with solid double-digit gains. 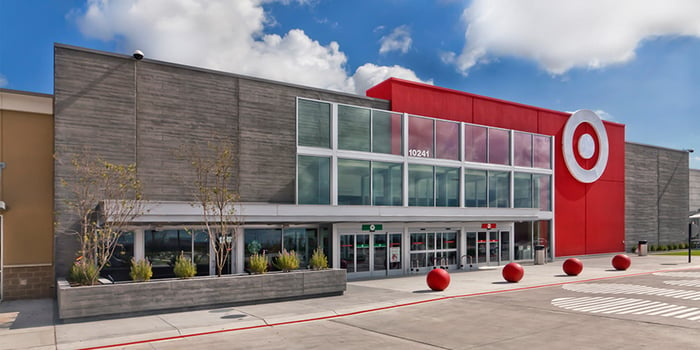 Target stock climbed in conjunction with the broader market throughout much of last month, but the company's share price fell after management announced that increased costs stemming from the novel coronavirus would cause its first-quarter margin to fall by 5% due to increased costs and a less profitable sales mix.  On the other hand, Target announced that its business had proved resilient and was seeing strong sales performance driven by growth for online retail and substantial market share gains across its core product categories.

At the time of the April 23 press release, Target noted that comparable sales were up more than 7% quarter to date -- with a slight decline at physical stores being offset by digital sales more than doubling. The retailer reported that online retail sales were up 275% month-to-date in April, while same-store sales at physical stores saw a mid-teens decline across the same period.

Target stock has continued to gain ground in May's trading. Shares are up roughly 5.6% this month as of this writing. 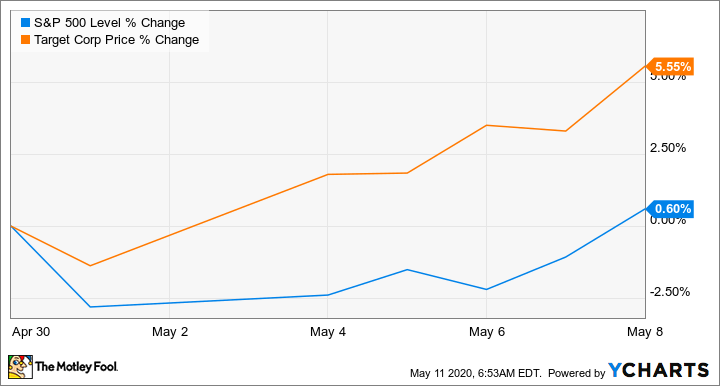 Target has extended its $2-per-hour temporary wage increase for front-line employees until May 30, but the business looks well positioned in the retail space despite near-term headwinds. The company is scheduled to report first-quarter results and host a conference call after the market closes on May 20.

Target stock trades at roughly 23 times the average analyst target for this year's earnings and has a dividend yield of approximately 2.3%.