Please ensure Javascript is enabled for purposes of website accessibility
Log In Help Join The Motley Fool
Free Article Join Over 1 Million Premium Members And Get More In-Depth Stock Guidance and Research
By Rich Duprey – Updated May 11, 2020 at 4:24PM

The market doesn't think the travel-recommendation site will be going anywhere anytime soon.

Shares of TripAdvisor (TRIP -1.30%) were down more than 6.7% on Monday after several analysts cut their price targets on the travel-recommendation site.

TripAdvisor reported first-quarter earnings late last week that badly missed expectations, and in what should have been an unsurprising update given the COVID-19 pandemic, it forecast the second quarter would be materially worse than the first.

A conga line of Wall Street analysts said the poor prospects for travel made TripAdvisor an inadvisable investment at its current price. Where Barclays offered a moderate price reduction from $23 per share to $21, others such as Credit Suisse offered a more substantial cut, lowering its price target from $28 to $22. 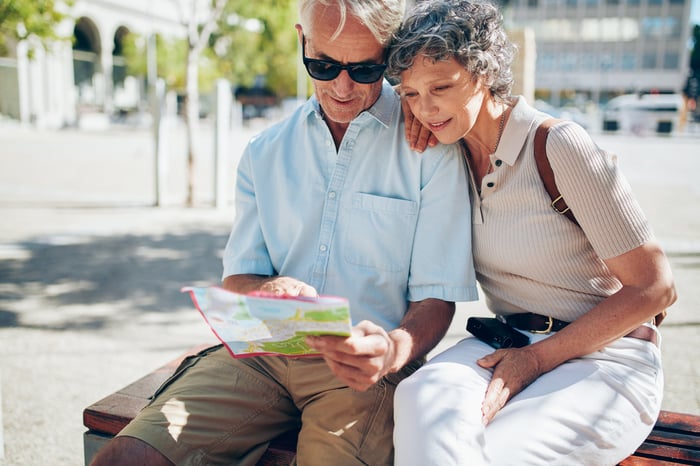 However, other than Stifel Nicolaus lowering its outlook from $18 to $16 per share, every other analysts' price target offers upside from where TripAdvisor's stock is currently trading.

Although it's substantially less than what they thought previously, it does mean the bottom hasn't completely dropped out of the company's future. As Morningstar analyst Dan Wasiolek wrote today, although TripAdvisor is facing significant headwinds, he expects "its network advantage (source of its narrow moat) to remain in place over the next decade, supported by a solid global position, continued rise in industry online penetration, and opportunity to improve monetization of its platform."