Please ensure Javascript is enabled for purposes of website accessibility
Log In Help Join The Motley Fool
Free Article Join Over 1 Million Premium Members And Get More In-Depth Stock Guidance and Research
By Jennifer Saibil – May 12, 2020 at 11:19AM

With theme parks closed and sales from parks at a standstill, Walt Disney (DIS 0.36%) has had it pretty tough during the COVID-19 pandemic.

The entertainment king, however, with its massive reach and broad range of revenue streams, has been hard at work making business decisions to stretch its cash and be prepared for sales to bounce back.

The company's latest attempt at staying solvent comes in the form of a new debt offering to raise more cash.

How is Disney making money?

Disney's parks, experiences, and product segment, which includes the theme parks, cruises, resorts, and licensed merchandise, is normally its largest driver of sales. In the company's second-quarter earnings report, announced last week, it took in $7.26 billion, or less than half the total. It came in behind the media networks segment, which includes Disney+ and has been the company's main sales driver as most of its enterprises remain shut down. 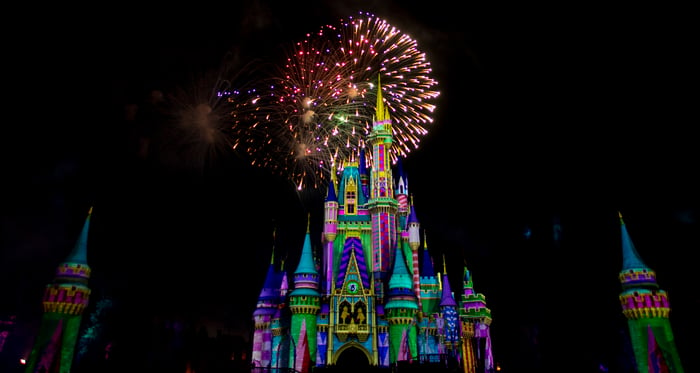 In an effort to save money, Disney furloughed its park workers in April. It also announced a previous debt offering in March to raise $6 billion.

Last week, Disney announced the resuming of operations in its Shanghai theme park, and tickets sold out within hours. The park opened on Monday.

Yesterday, Disney filed a prospectus with the Securities and Exchange Commission (SEC) to offer senior notes due between 2026 and 2060.

Although the company has not yet said when the other parks will reopen, it has started taking reservations for July of this year.