Please ensure Javascript is enabled for purposes of website accessibility
Log In Help Join The Motley Fool
Free Article Join Over 1 Million Premium Members And Get More In-Depth Stock Guidance and Research
By Dan Caplinger – May 12, 2020 at 6:13AM

Investors like a new player at Berkshire Hathaway even more than its long-time CEO.

The annual shareholder meeting for Berkshire Hathaway (BRK.A -0.06%) (BRK.B -0.95%) earlier this month was an unprecedented event because of the impact of the coronavirus pandemic. Although Warren Buffett and a small group of people still held the meeting in the same large Omaha arena as in previous years, there was no live audience. Buffett did his best to maintain the same spirit of celebration, with a long presentation and question-and-answer session, but the experience was still much different than normal for those who've historically attended the meeting live and in person.

Buffett is incredibly popular, and the unusual circumstances of the meeting didn't make his followers less interested in hearing what he had to say. Yet at least by one standard, Buffett found himself on the short end of the straw compared to one brand-new player at Berkshire Hathaway -- and it'll be interesting to see what impact this move in the insurance company's boardroom will have on Buffett's company in the years to come. 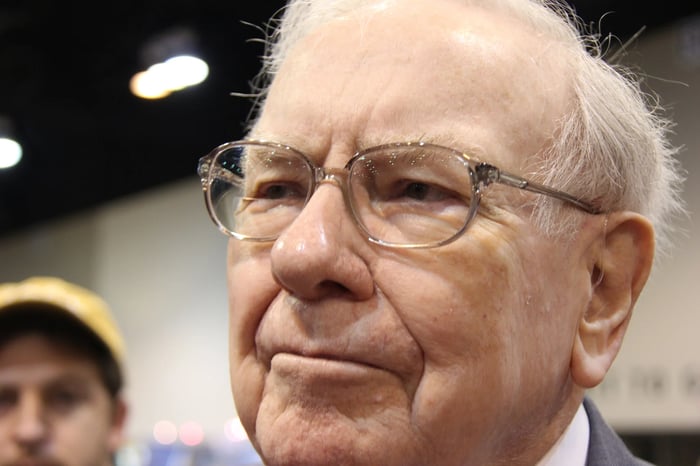 It's easy to forget in the pageantry and glamor of the moment that the Berkshire Hathaway annual shareholder meeting is in fact a formal shareholder meeting. Each year, almost as an afterthought, Buffett and his team of executives set aside a short period of time to handle the required business of the meeting. That includes votes on shareholder proposals and on the company's board of directors.

This year's vote for the board of directors included a new face. With Microsoft (MSFT -1.94%) co-founder Bill Gates having stepped down from the board after a long tenure, Berkshire nominated American Express (AXP -2.09%) former CEO Ken Chenault to succeed Gates. Shareholders overwhelmingly approved Chenault, who got more votes than any other director on the slate. In the end, investors cast 99.88% of shareholder votes in support of Chenault, with just 695 votes against. That's markedly better than anyone else on the board, including Buffett's own 98.52% showing and Charlie Munger's 97.94%.

Chenault isn't your typical executive whose idea of serving on a board of directors is to rubber-stamp the decisions of the company's CEO. The former American Express leader ran into some controversy in his previous director position at Facebook (META -0.54%) by disagreeing publicly about the social media giant's governance provisions and handling of political advertising content.

Admittedly, though, Chenault has a different relationship with Buffett. Berkshire Hathaway has held a large position in American Express stock for decades, including the entirety of Chenault's career as AmEx CEO from 2001 to 2018. Buffett's a big believer in allowing Berkshire's wholly owned subsidiaries and its stock portfolio holdings to run their operations without undue interference, but that doesn't mean that he doesn't engage with their corporate leaders to help in any way he can.

A move forward for Berkshire

Investors are clearly pleased with Berkshire picking up Chenault. His financial expertise adds to the impressive level of experience on the Berkshire board, and as many people start to prepare for the inevitable transition of leadership once Buffett is no longer able to serve as CEO, having Chenault on board will give some shareholders an extra measure of confidence in the Berkshire succession plan.

Buffett would likely be the first to acknowledge Chenault's impressive showing in the directorship vote, poking fun modestly at his own diminished support among shareholders. Berkshire investors can expect Buffett, Chenault, and the rest of Berkshire Hathaway's corporate team to work together to make the most of future opportunities, and that makes the former AmEx CEO's win a victory for everyone involved with the Omaha-based company.