Please ensure Javascript is enabled for purposes of website accessibility
Log In Help Join The Motley Fool
Free Article Join Over 1 Million Premium Members And Get More In-Depth Stock Guidance and Research
By Joe Tenebruso – May 12, 2020 at 5:35PM

Plans for a billion-dollar capital raise had investors heading for the exits.

Shares of Zillow Group (ZG -4.50%) (Z -4.95%) fell nearly 12% on Tuesday after the real estate platform said it would seek to raise $1 billion via stock and convertible debt offerings.

In its recently released first-quarter earnings report, Zillow highlighted the steps it was taking to bolster its cash reserves during the COVID-19 crisis, ahead of what many economists believe will be a forthcoming economic recession. Zillow's cost-reduction initiatives helped it grow its cash and investments up to $2.6 billion by the end of March. "We started the year strong, coming off a solid 2019 and ended the first quarter with an even stronger balance sheet, including a record cash balance," CEO Rich Barton said in a press release.

Now, Zillow says it wants even more cash. On Tuesday, the company announced public offerings of $500 million in shares of its Class C stock and an additional $500 million in convertible senior notes due in 2025, along with options for underwriters to increase each offering by up to $75 million. Zillow said it would use the proceeds for general corporate purposes and to repurchase some of its existing convertible senior notes due in 2021. Zillow also said it might use the funds for potential future acquisitions. 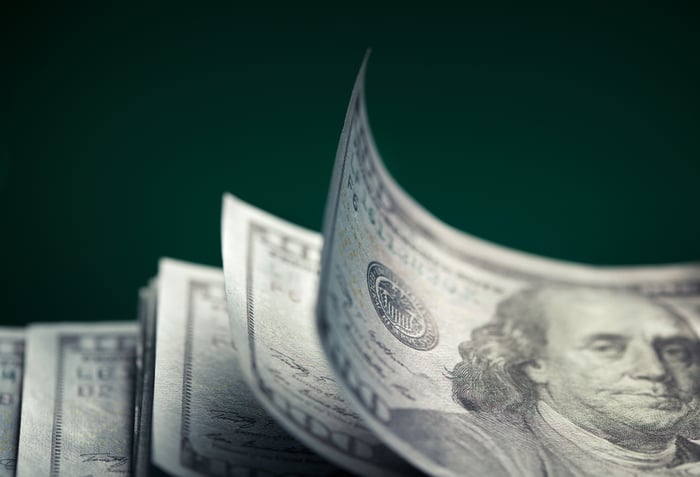 Prior to today, Zillow Group's shares had been on a tear since bottoming in mid-March, with the stock more than doubling since that time. It makes sense for the company to sell shares at today's inflated prices -- and it also makes sense that traders would use the share sale as a reason to take some profits off the table after the stock's huge rally over the past two months.