Please ensure Javascript is enabled for purposes of website accessibility
Log In Help Join The Motley Fool
Free Article Join Over 1 Million Premium Members And Get More In-Depth Stock Guidance and Research
By Donna Fuscaldo – May 13, 2020 at 2:18PM

The BEUC argued by acquiring Fitbit, Google will have an "unparalleled position" in a bevy of markets.

An EU consumer group is criticizing Alphabet's (GOOG -0.73%) (GOOGL -0.68%) impending acquisition of Fitbit (FIT) on the grounds that the deal won't encourage competition or benefit customers.

In a report, the BEUC called on the European Commission and other regulators to consider the transaction carefully, calling it a "game-changer" in terms of how consumers interact online and how health data is collected and used. 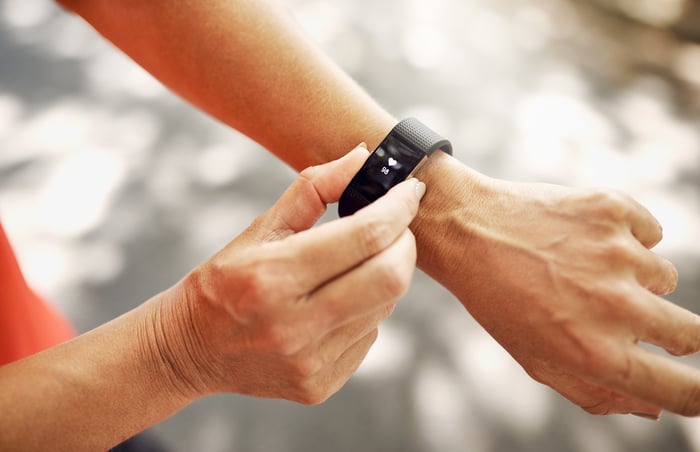 "Google would have every incentive and indeed unique ability to use this data to strengthen its already dominant position in multiple markets, potentially significantly harming competition and thereby reducing consumer choice (including degrading data privacy options), limiting innovation and raising prices," BEUC wrote in the report. "The loss of Fitbit as an independent player eliminates the opportunity of a potential challenger to Google's powerful position."

In November Fitbit announced a deal to be acquired by Google for $7.35 a share in cash, valuing the transaction at $2.1 billion. By acquiring Fitbit, Google will be in a better position to compete against Apple's  (AAPL 0.66%)  Apple Watch and other makers of fitness trackers. The deal has raised the eyebrows of Google critics, given that the tech stock will have access to all the health data Fitbit collects on its customers. At the time the deal was announced Google vowed to be transparent in terms of the data it collects and why. It also promised to never sell personal information or use Fitbit health and wellness data for Google ads.

The BEUC, which says it represents 45 European consumer organizations from 32 countries, argued wearables may eventually become an access point for consumers online similar to how smartphones replaced PCs as the main way to access the Internet.  Data from wearables is already being used to track COVID-19 infections, potentially putting Google in an "unparalleled position in online advertising, search, health, and wearables," the BEUC wrote.