Please ensure Javascript is enabled for purposes of website accessibility
Log In Help Join The Motley Fool
Free Article Join Over 1 Million Premium Members And Get More In-Depth Stock Guidance and Research
By Brent Nyitray, CFA - Updated May 13, 2020 at 8:05AM

And it's going to hit hard.

The coronavirus crisis has systematically suspended large pockets of the mortgage universe. While private lending is still getting done (albeit at a very reduced level), government-backed lending has returned to being pretty much the only game in town. The Mortgage Bankers Association reported that mortgage credit availability is at a six-year low, which is reminiscent of the aftermath of the financial crisis. So how is the health of the biggest player in the mortgage market, and what does the future look like?

Fannie Mae (FNMA -0.08%) reported first-quarter earnings of $461 million, but the main focus is the issue of forbearance, which means borrowers being permitted to skip paying their mortgages for up to a year, pretty much no questions asked. Through the end of April, 7% of Fannie Mae's book of mortgages was in forbearance. Its baseline forecast is that 15% of all its loans will go into some sort of forbearance.

The servicer of the loan will have to cover the first four payments, but after that, Fannie Mae will need to ensure that the holders of mortgage-backed securities (MBS) are paid. That is going to require a lot of cash. In addition, Fannie Mae took a $4.1 billion provision for credit losses between multifamily and single-family mortgages. 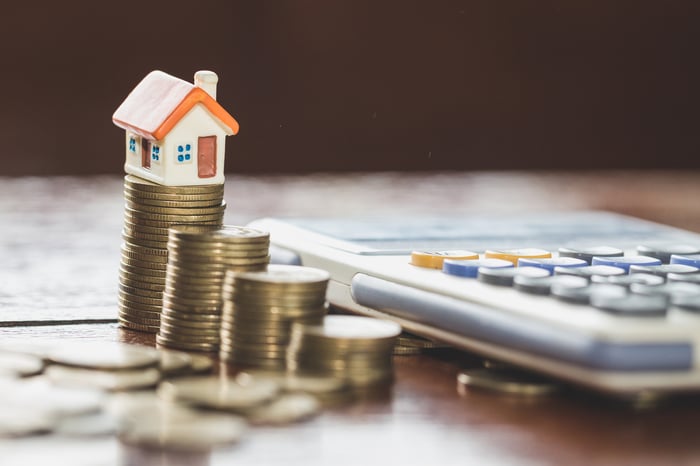 The economic outlook is dire for the second quarter

The company's economic forecast included a 25% decline in annualized GDP in the second quarter, followed by a second-half recovery. Full-year 2020 GDP is expected to fall about 3% and then increase 5% in 2021. Unemployment is expected to peak at 15% (which we've already reached, according to the latest jobs report). If forbearance numbers hit that 15% forecast, Fannie Mae will almost certainly have to draw upon Treasury cash to make the advances to MBS holders. The government has been used to Fannie Mae paying it, and it will almost certainly be characterized as a bailout. It is an election year, and we will be in the thick of it in five months when Fannie Mae can't rely on servicers to advance payments to investors any longer.

Forget about the IPO for a while

The forbearance issue will almost certainly delay Fannie Mae's release from conservatorship. Since it was distributing all of its profits directly to Treasury until recently, Fannie Mae has been unable to build a capital cushion big enough to handle a crisis like this. This means it will need more government support, and will delay what was supposed to be the biggest IPO ever. Whatever happens with Fannie Mae, it won't be bullish for the stock. If you like it as a company and a business (and there is a lot to like about it), revisit it when it eventually goes public.

The current Fannie Mae stock that trades shouldn't even exist. The company was bailed out in the 2008 crisis and is a ward of the state. The government left 20% of the stock outstanding simply because it didn't want to be forced to consolidate Fannie Mae's debt on its balance sheet. Letting Fannie Mae (and Freddie Mac) fail in 2008 would have meant the complete collapse of the U.S. mortgage market.

Instead, the government took just under 80% of the equity through preferred stock, and basically agreed to support the company as needed to keep the mortgage market alive. The current stockholders of Fannie Mae exist simply due to the convenience of the government. Regardless of where it trades, it should be looked at as nothing more than a litigation lottery ticket -- in other words, the only way the stock will have lasting value is if a judge forces the government to include existing shareholders a piece of the new public company.