Please ensure Javascript is enabled for purposes of website accessibility
Log In Help Join The Motley Fool
Free Article Join Over 1 Million Premium Members And Get More In-Depth Stock Guidance and Research
By Jon Quast - May 13, 2020 at 11:11AM

Shares of grocery supplier United Natural Foods (UNFI 2.55%) are surging this morning, after the company released preliminary results for the third quarter of fiscal 2020. As of 10:45 a.m EDT, the stock was up 31%.

With today's move, the stock has doubled in just a week, and quadrupled in value since March lows, as investors realize that grocery products are still in high demand. 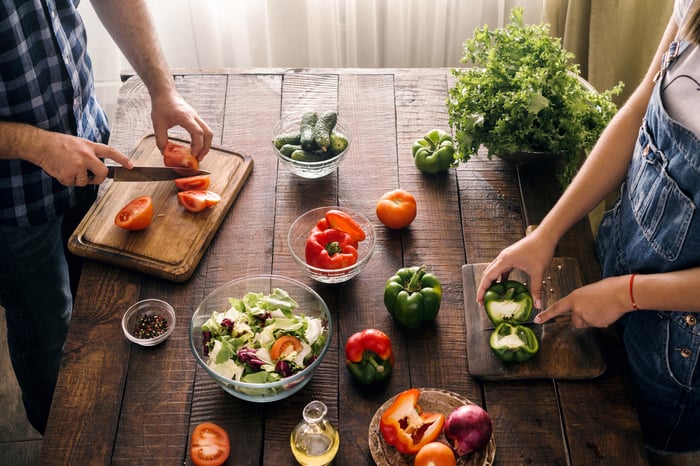 However, investors might cheering non-GAAP (adjusted) profitability most. Adjusted earnings per share (EPS) came in at $1.40 -- up 130% from a year ago. For perspective, adjusted EPS guidance for all of fiscal 2020 was $0.85 to $1.45. In other words, United Natural Foods hit the high end of its full-year guidance in a single quarter.

All told, it was a great quarter for the consumer-staple stock. 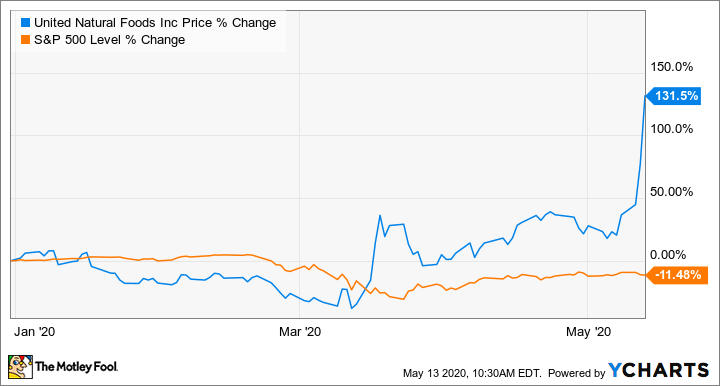 Beyond just surging sales and strong profitability, United Natural Foods also got healthier in Q3 by reducing net debt by a whopping $290 million. The company's debt load is high at $2.7 billion. But much of it relates to its $2.9 billion acquisition of SuperValu in 2018. Management had promised to quickly pay this down, and this quarter demonstrated that commitment.

Finally, United Natural Foods withdrew its guidance for fiscal 2020, but not for the same reason other companies have. The company withdrew guidance because its business is strong, and management needs time to quantify the bump. It expects to give updated guidance when it reports official Q3 results in June.