Please ensure Javascript is enabled for purposes of website accessibility
Log In Help Join The Motley Fool
Free Article Join Over 1 Million Premium Members And Get More In-Depth Stock Guidance and Research
By Keith Speights - May 13, 2020 at 7:02AM

Allergan brings quite a bit to the table for AbbVie. But is it enough to make the big pharma stock a smart pick right now?

The wait is over. AbbVie's (ABBV -0.91%) acquisition of Allergan closed on May 8, nearly one year after the big drugmaker first announced its planned buyout in June 2019. There were a few bumps along the way, though.

Some criticized AbbVie's decision to purchase Allergan for $63 billion from the beginning. A coalition of consumer groups and trade unions representing over 10 million members opposed the deal because it thought it would be anti-competitive. Allergan had to sell a couple of products to satisfy regulators. But the two companies ultimately jumped all of the hurdles in their path.

No questions remain about if AbbVie's acquisition of Allergan will be finalized. But there's another big question for investors: Is AbbVie a buy now that the Allergan deal is done? 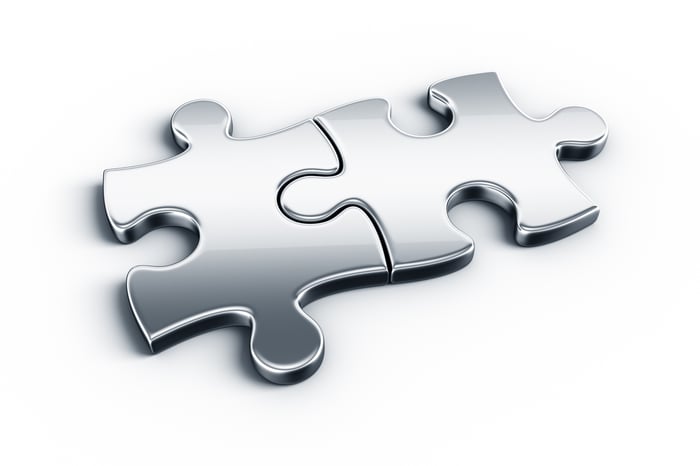 What Allergan brings to the table

Thanks to its acquisition of Allergan, AbbVie now has more than 120 additional products in its lineup that combined generated more than $16 billion in sales last year. One product especially stands out: Botox. The drug made $991 million in 2019 as a cosmetic and more than $1.7 billion in treating various therapeutic conditions including chronic migraine and overactive bladder. And Botox's sales continue to grow on both fronts.

While Botox is the 800-pound gorilla that Allergan brought to the table, there are several other drugs that AbbVie now owns with strong sales growth. Antipsychotic drug Vraylar will soon become a blockbuster, with sales soaring 76% year over year in 2019. Antidepressant Viibryd, birth control pill Lo Loestrin, Liletta intrauterine device, and Allergan's anti-infective drugs are all delivered double-digit percentage sales growth.

However, AbbVie also gets some baggage with its buyout of Allergan. The big drugmaker assumed Allergan's long-term debt of close to $17.6 billion. It also inherits several products for which sales are declining, notably including eye-disease drugs Restasis, Alphagan, and Lumigan plus Allergan's Coolsculpting franchise.

On an overall basis, though, the Allergan acquisition should help AbbVie with its most significant challenge -- the impending loss of U.S. patent exclusivity for Humira in 2023. Humira generated nearly 55% of AbbVie's total revenue in the first quarter of 2020. With Allergan's products adding more revenue, Humira should contribute less than 40% of total revenue.

Another major headwind for AbbVie is its hepatitis C virus (HCV) franchise. The company's HCV sales continue to fall in the face of stiff competition from Gilead Sciences and fewer patient starts.

But AbbVie has plenty of tailwinds as well. The company's successors to Humira, Skyrizi and Rinvoq, gained momentum in the first quarter. Skyrizi appears to be well on its way to becoming another immunology blockbuster for AbbVie.

The company's blood cancer franchise also continues to deliver impressive growth. Sales for Imbruvica jumped nearly 21% year over year in Q1, while sales for Venclexta more than doubled from the prior-year period.

AbbVie hopes to add new approved indications for Rinvoq, Skyrizi, Imbruvica, and Venclexta with late-stage clinical studies under way for all of these drugs. It also could gain approval for Empliciti as a first-line treatment for multiple myeloma.

So is AbbVie a smart pick now that its acquisition of Allergan has been finalized? Yea and nay.

If you're looking for impressive sales growth, AbbVie probably won't be your cup of tea. Wall Street analysts expect the big pharmaceutical company will grow earnings by around 5% annually over the next five years. And that's with more than two years of continued sales growth for Humira in the U.S.

On the other hand, AbbVie looks like a pretty good choice if you're a retiree or simply an investor looking for solid income along with moderate growth. It's one of the most attractive dividend stocks in the healthcare sector with a dividend yield of nearly 5.4%. With Botox, Vraylar, and other Allergan products joining Imbruvica and AbbVie's newer drugs, the stock appears poised to be a winner for more conservative long-term investors.