Please ensure Javascript is enabled for purposes of website accessibility
Log In Help Join The Motley Fool
Free Article Join Over 1 Million Premium Members And Get More In-Depth Stock Guidance and Research
By Eric Volkman – May 13, 2020 at 11:37AM

Mastercard (MA 2.16%) is making a new attempt to capture an important customer base. The company announced Tuesday that it has launched a new business-to-business (B2B) platform in the U.S. called Mastercard Track Business Payment Service.

Track is a multidimensional platform that allows businesses and their suppliers to conduct a wide range of activities using a variety of payment methods. Mastercard touted the flexibility of its system, citing as an example the way suppliers can tailor the way they are paid by each of their buyers. 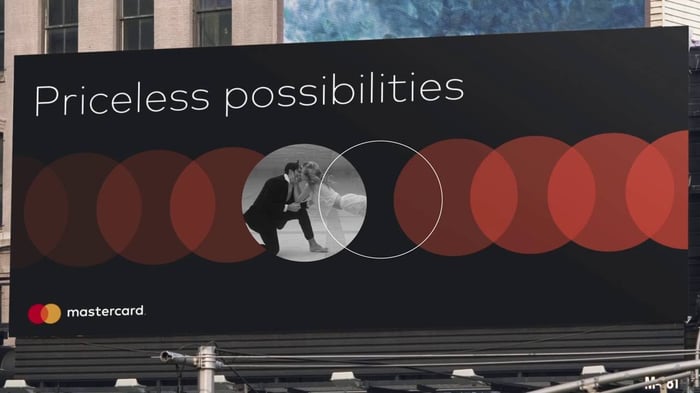 "What we're building with our partners is a fully digitalized and extremely efficient way for businesses to pay and get paid using multiple payment rails so that Buyers and Suppliers each capture new and demonstrable value from their payments activity," the card giant said in a press release. "[Track] gives businesses a way to maintain control, manage cash flow better and be more operationally efficient."

The Track platform had been in development for several years; Mastercard rolled out a pilot version of it in late 2019. In the initial phase of its commercial launch, it will not have all of the "payment rails" the company touts. Transactions can be effected via payment cards; ACH payments are to come onstream later this year, and cross-border payments in 2021, Mastercard said.

The company added that it is "aggressively pursuing" a global rollout of the system. It has been piloted in Latin America, a region that is targeted for a full commercial launch in the proximate future. Other pilot programs will be introduced in Europe, plus the Asia-Pacific and Middle East and Africa regions, later this year.

Mastercard shares fell along with the broader stock market and peer financial companies on Tuesday, sliding by 3.2% on the day.