Please ensure Javascript is enabled for purposes of website accessibility
Log In Help Join The Motley Fool
Free Article Join Over 1 Million Premium Members And Get More In-Depth Stock Guidance and Research
By Cory Renauer - May 13, 2020 at 12:42PM

At recent prices, SunTrust's new price target suggests a 10% gain once the market comes to the same conclusions as Draper. Teladoc's stock soared past $195 this morning but the price settled to $185 by the afternoon.

Teladoc's top line is headed in the right direction at a fast enough pace. In the first quarter, Teladoc delivered 2 million medical visits which pushed total revenue 29% higher year over year to $137 million. 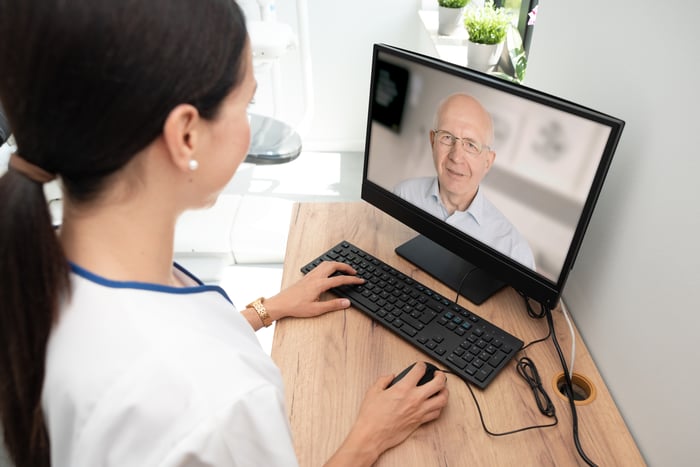 In 2020, the company expects total revenue to reach between $800 million and $825 million which means the stock's currently trading at around 16.8 times sales. This is a really high multiple, but it's not that farfetched when you consider how much room Teladoc still has to grow.

Stay at home orders have inspired increased utilization of Teladoc's services, but it looks like the company's already cutting prices to boost subscriptions. Paid U.S. membership rose 61% year over year to 43 million but subscription access fee revenue rose just 33% over the same period.

Unfortunately for Teladoc, the COVID-19 pandemic has unleashed a deluge of cash on digital health start-ups that could become tomorrow's competition. The market seems willing to overlook Teladoc's bottom line wallowing in negative territory for now, but further signs of a pricing war with similar businesses could cause investors to lose their patience.