Please ensure Javascript is enabled for purposes of website accessibility
Log In Help Join The Motley Fool
Free Article Join Over 1 Million Premium Members And Get More In-Depth Stock Guidance and Research
By Eric Volkman - May 14, 2020 at 9:20PM

Revenue tops expectations, but the company's net loss is deeper than the average analyst estimate.

On Thursday, the share price of Charlotte's Web Holdings (CWBHF -0.34%) closed where it started the day. This happened despite the fact that both the wider stock market and several marijuana companies rose notably and the cannabidiol (CBD) products specialist published its latest set of quarterly results. 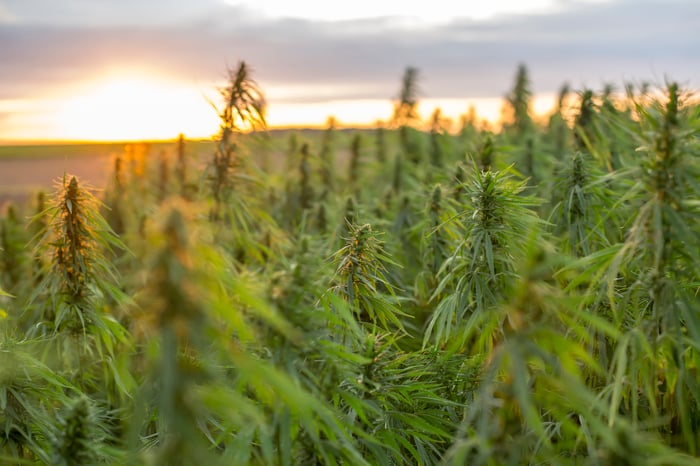 On average, analysts tracking the stock were estimating slightly under $20.8 million on the top line and a $0.06 per-share net loss.

Although revenue was down from previous periods, it came in above company expectations. Charlotte's Web attributed this to better-than-expected sales in its direct-to-consumer (DTC) platform.

The company has hopes for this form of commerce in the future. "The DTC business remains an important area for growth particularly as we await broad regulatory policies to land for the retail channels, and we expect online sales to grow faster than retail in the first half of 2020," it said in the earnings release. All told, in Q1, revenue from online sales grew by almost 30% on a year-over-year basis.

Another factor that should affect upcoming quarters is the consolidation of peer CBD products manufacturer Abacus Health. This all-stock transaction, announced in March, valued the latter company at roughly 99 million Canadian dollars ($70 million) and is set to close in either this quarter or Q3.