Please ensure Javascript is enabled for purposes of website accessibility
Log In Help Join The Motley Fool
Free Article Join Over 1 Million Premium Members And Get More In-Depth Stock Guidance and Research
By Rich Smith - May 14, 2020 at 1:39PM

With COVID-19 having destroying demand for air travel, Delta Air Lines (DAL 1.59%) has grounded "more than 650" of its aircraft -- or about 73% of its fleet. More than that, the company says it has begun retiring its entire fleet of 45 smaller MD-88 and MD-90 aircraft. Now comes the next shoe to drop: Delta is retiring its fleet of Boeing 777s. 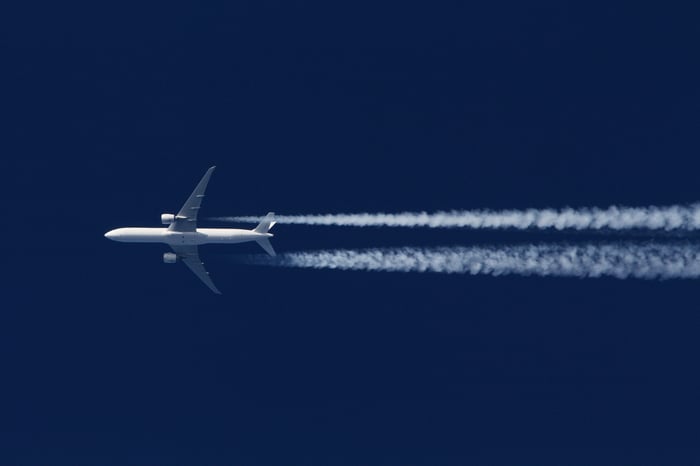 In a filing with the SEC this morning, Delta included a letter from CEO Ed Bastian to its "Delta Colleagues Worldwide." Therein, Bastian explained that Delta is charting a course toward "a smaller network, fleet and operation," and that part of this plan includes retiring its entire fleet of 18 Boeing (BA 1.26%) 777 airplanes by the end of the year.

Bastian cited "the unprecedented drop in travel demand amid the COVID-19 pandemic and global economic slowdown" and the pressing need "to protect Delta's cash, Delta jobs and Delta's future [and] reduce our cash burn to zero by the end of the year" as the reason underlying the decision to retire the 777.

The CEO further noted that this move is intended to help reduce its cash burn from $50 million a month currently, to zero by the end of the year, and also "provide significant cost savings over the next several years."

Going forward, Delta plans to rely on A330 and A350-900 aircraft from Airbus (EADSY 0.90%), of which it has 60 total, to support its long-haul and international flights. These airplanes, the company says, are "more fuel-efficient and cost-effective" than Boeing's 777.