Please ensure Javascript is enabled for purposes of website accessibility
Log In Help Join The Motley Fool
Free Article Join Over 1 Million Premium Members And Get More In-Depth Stock Guidance and Research
By Travis Hoium – Updated May 14, 2020 at 3:51PM

One big bidder is now out of the market.

The biggest growth opportunity Las Vegas Sands (LVS 1.48%) has had in more than a decade has now been abandoned. On Tuesday night, the company sent out a press release that said it was abandoning its pursuit of an integrated resort in Japan.

The move follows years of speculation and delays; Japan still hasn't set concrete rules for obtaining or running a casino in the country. And Las Vegas Sands CEO Sheldon Adelson doesn't think the potential reward of building there lines up with what his company would have had to invest in the country to attain a winning bid. 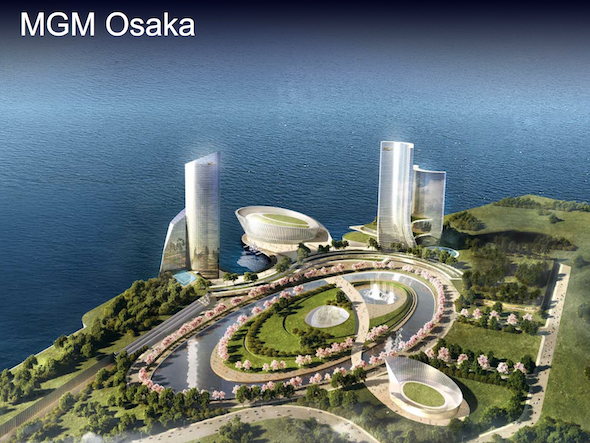 Ten billion dollars has been the number long floated as the amount a casino company would have to invest to build a resort and casino in Japan, and even that huge estimate may have been on the low side. But the payoff is what could be an $8 billion to $40 billion gambling market, depending on which analyst estimate you believe. No matter how you look at it, that's a big prize given that there will be no more than three casinos permitted to operate in the country.

What's been uncertain for years are the details of any casino operations in Japan. Tax rates for casinos, potential limits on local visits, and even the taxes paid by visitors are still to be determined by the government entities responsible for issuing licenses. And uncertainty is something casino operators can't afford when bidding for such an expensive project.

Others remain on board

Las Vegas Sands may have pulled out because it was uncertain about its payback, but it also may have found that it was lagging behind competing bids from other operators. MGM Resorts (MGM 2.13%), Wynn Resorts (WYNN 2.04%), and Melco Resorts (MLCO -2.46%) are all making a hard push in Japan at the moment, and they may have more favorable potential bids than Las Vegas Sands.

That said, we may find out that others will abandon plans to bid for casinos if the final rules are too strict. Recall that Wynn Resorts dropped out of bidding for a resort in Singapore before final bids were due. And the bid Las Vegas Sands finally won in Singapore turned into the most profitable casino ever built, so those remaining in competition for Japan may still have a payday ahead.

Japan may still be a prize worth waiting for

Las Vegas Sands may be giving up on building a casino in Japan, but that doesn't mean investors should think the pursuit isn't worthwhile for others. In fact, I think this announcement is an incremental positive for Wynn, MGM, and Melco Resorts because they'll have less competition.

Japan is still the biggest untapped gambling growth market in the world, and the ultimate winner of the bid may be the next big casino stock for investors. We now know that prize won't go to Las Vegas Sands.