Please ensure Javascript is enabled for purposes of website accessibility
Log In Help Join The Motley Fool
Free Article Join Over 1 Million Premium Members And Get More In-Depth Stock Guidance and Research
By Eric Volkman – May 14, 2020 at 1:11PM

The issue has been upsized from the initially conceived $800 million.

Live Nation Entertainment (LYV 1.04%) is shoring up its capital base with a new issue of debt. The company announced Wednesday that it is floating $1.2 million in aggregate principal amount of senior secured notes. These mature in 2027, and will be issued in a private placement that is to close next Wednesday, May 20.

The notes have an annual interest rate of 6.5%, and will be sold at face value. The issue is larger than previously anticipated; originally, the company planned to raise the comparatively modest amount of $800 million.

Live Nation will utilize the proceeds of the notes sale "for general corporate purposes." These are to include costs and fees related to the flotation. 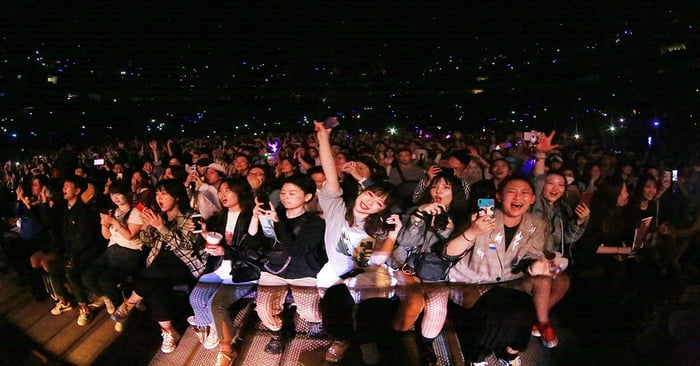 As a top purveyor of live entertainment, the company has been rocked by the economic damage caused by the SARS-CoV-2 coronavirus pandemic.

In Live Nation's first quarter -- the final weeks of which saw the imposition of stay-at-home mandates throughout the world -- the company suffered a 21% year-over-year drop in revenue, fueled by declines in its always-critical concerts category. The net loss was almost $185 million, over $130 million deeper than the year-ago quarter's result.

Although the company had a fairly sizable cash and equivalents position of $3.27 billion, it is facing a period of sustained losses if the coronavirus outbreak continues to hobble the economy.

On Wednesday, Live Nation stock moved more or less along with the wider stock market and numerous other consumer discretionary titles, dropping by nearly 1.9% on the day.