Please ensure Javascript is enabled for purposes of website accessibility
Log In Help Join The Motley Fool
Free Article Join Over 1 Million Premium Members And Get More In-Depth Stock Guidance and Research
By Anders Bylund – May 14, 2020 at 4:07PM

The award-winning graphic novel series has officially bounced from Hulu to Netflix with a star-studded cast.

Iron Man actor Robert Downey Jr. is taking the leap from Marvel to DC Comics, but as a producer this time.

Sweet Tooth is a graphic novel created by award-winning cartoonist Jeff Lemire. In a world where some people are human-animal hybrids, a boy with deer features goes through a classic coming-of-age saga in a bleak and violent environment. This cartoon wasn't written for the kids.

The series was published in 40 magazines between 2009 and 2013, and Robert Downey Jr. has been trying to make either a TV series or a movie adaptation since 2018. First optioned to Hulu as a single-episode pilot order, the project was rumored to have moved to Netflix last month. Now that's official, as Netflix posted a firm order for a full season of eight episodes. 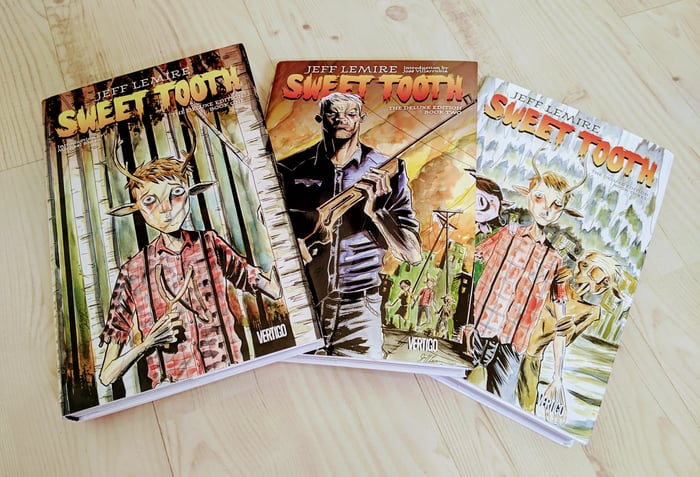 Downey's production company will manage the filming together with DC parent company Warner Bros., itself a unit of telecom giant AT&T (T -1.42%) nowadays. Netflix often leans on third-party studios to create some of its Netflix Originals, and this is another example. Co-writers will include Hap and Leonard writer Jim Mickle and Arrow scribe Beth Schwartz. Mickle will also direct at least some of the episodes.

Robert Downey Jr. is content to finance and steer Sweet Tooth, opting not to play any part in front of the camera this time. The cast still gets its fair share of star power from Christian Convery (Beautiful Boy) and Will Forte (The Lego Movie, Saturday Night Live), with Hollywood superstar James Brolin (Traffic; Marcus Welby, M.D.) voicing the narrator.