Please ensure Javascript is enabled for purposes of website accessibility
Log In Help Join The Motley Fool
Free Article Join Over 1 Million Premium Members And Get More In-Depth Stock Guidance and Research
By Rich Duprey – May 14, 2020 at 10:39AM

The move creates a one-stop experience for consumers to buy groceries and merchandise.

Too much choice leads to confusion, so Walmart (WMT -2.50%) is integrating its popular grocery app into its retail shopping app. Now, groceries will be available with the rest of its merchandise.

In a notice on its website, the retail giant said it wants to create a "one-stop shopping experience" for consumers who previously had to switch back and forth between apps. 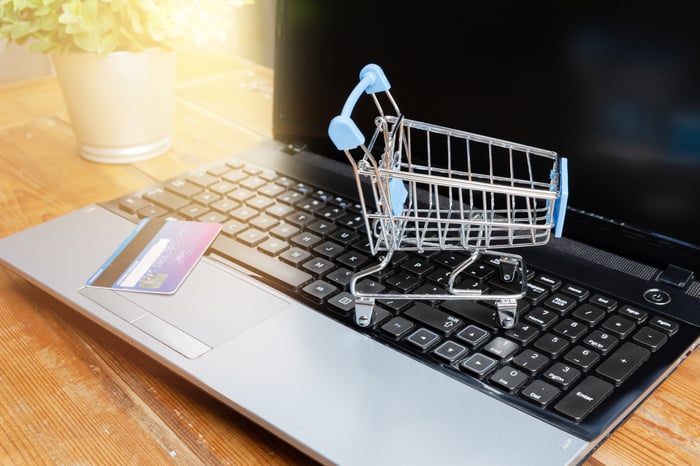 Both apps are very popular. Sensor Tower data shows the retail app has been downloaded over 103 million times since 2014 across Android and iOS formats. It's the second-most downloaded app on in the iOS app store's shopping section.

The grocery app, while slightly less popular with just 16 million downloads (placing it at 30 on the list of most downloaded apps), has enjoyed an explosion of popularity due to the coronavirus pandemic. App Annie, a site focused on mobile apps, says average daily downloads have surged 460% between January and April.

Integrating the grocery and retail apps could allow Walmart to continue increasing the divide between it and its archrival in the grocery space. TechCrunch notes, "there's not just one simple way to order groceries from Amazon," as it offers grocery shopping from Amazon Fresh and Whole Foods across its primary and Prime Now apps.