Please ensure Javascript is enabled for purposes of website accessibility
Log In Help Join The Motley Fool
Free Article Join Over 1 Million Premium Members And Get More In-Depth Stock Guidance and Research
By Rhian Hunt – May 15, 2020 at 1:03PM

Employees in California and Washington will also be terminated.

Despite the fact its cruise ships will resume sailing Aug. 1, Carnival (CCL -2.96%) is permanently laying off at least 820 employees in the state of Florida, while putting 537 more on furlough for six months as a cost-cutting move. Together, the terminations and furloughs add up to almost 46% of the 3,000 Carnival employees who work in the Sunshine State.

More workers will also be laid off in California and Washington state, though Carnival has not yet indicated how many. The layoffs might also affect other locations, but according to a Carnival email, the "majority" will occur in the three named states. 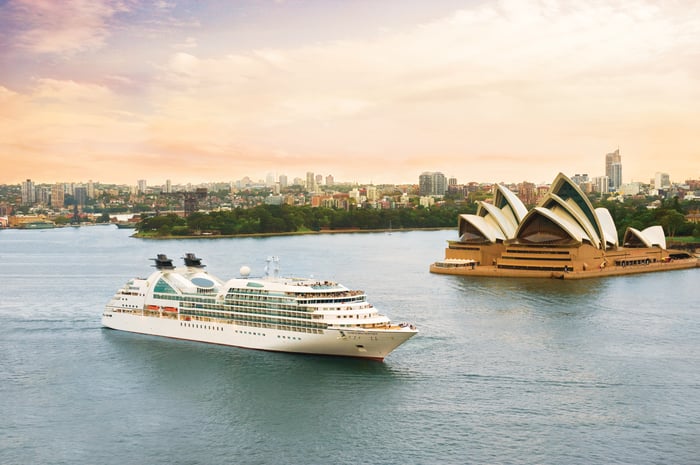 In a news release published on the company's site yesterday, CEO Arnold Donald said, "Taking these extremely difficult employee actions involving our highly dedicated workforce is a very tough thing to do. Unfortunately, it's necessary, given the current low level of guest operations and to further endure this pause."

Donald also remarked most customers affected by cruise cancellations still want to sail with the company when it reopens for business in the future, and over 62% have not yet requested a refund. He said booking trends for January through June 2021 were on track to reach normal levels, with approximately two-thirds of bookings coming from "repeat cruisers" who have relaxed on the high seas aboard Carnival vessels before.

In addition to the furloughs and terminations, Carnival said it is reducing salaries and cutting back on the length of work weeks to trim expenses. Last month, Donald said the company could survive through 2020 on its existing cash reserves.