Missouri hasn't yet thrown open its medical marijuana market, but it's already placing limits on the trade. On Thursday its House of Representatives passed a bill barring the sale of certain edible marijuana products, among other restrictions. It now goes to Governor Mike Parson to be signed into law, a process that is usually a formality.

The lawmakers' fear is that certain forms of edibles might be attractive to children, so the law bars any such product molded into "the shape of a human, animal, or fruit, including realistic, artistic, caricature, or cartoon renderings."

This legislation is at times extremely specific, such as when stipulating what is allowed. "[G]eometric shapes, including, but not limited to, circles, squares, rectangles, and triangles, shall be permitted," it reads. 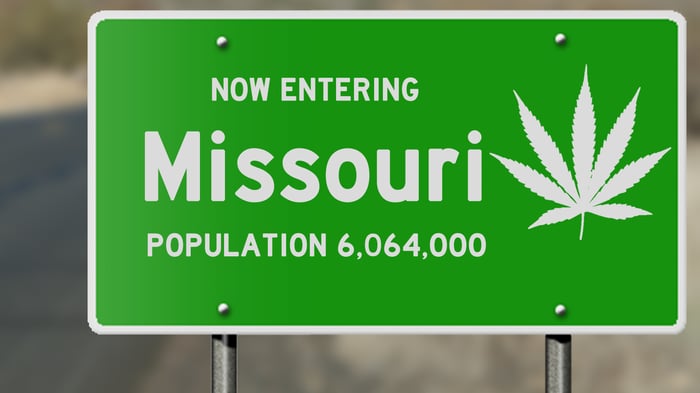 Other parts of the law include a provision that all packages containing at least 10 milligrams of cannabis product bear the universal marijuana packaging label, and that dispensary operators, employees, and contractors undergo state and federal criminal background checks.

Although Missouri residents passed a law legalizing the sale and consumption of medical cannabis in 2018, the state has still not opened the market. This was supposed to occur this spring, however the SARS-CoV-2 coronavirus outbreak has pushed this back to at least the summer.

Missouri is allowing 192 medical marijuana dispensaries to operate. One marijuana company being licensed is Grassroots, which is still pending an acquisition by Curaleaf (OTC:CURLF). Based in neighboring Illinois, Curaleaf operates dispensaries throughout the country, and will significantly strengthen its network when and if the Grassroots deal closes.

On Friday, Curaleaf stock rose by almost 12%, far ahead of the gains of the wider stock market.