Some notable marijuana stocks were on the long list of applicants.

The State of Missouri is greatly expanding the reach of medical marijuana. It announced on Friday that it is beginning the licensing process for 192 dispensaries of this form of cannabis, and has published the names and locations of the companies that will receive licenses.

There will be 24 dispensaries in each of the state's eight congressional districts. All told, nearly 1,200 applications were filed for the 192 permits. 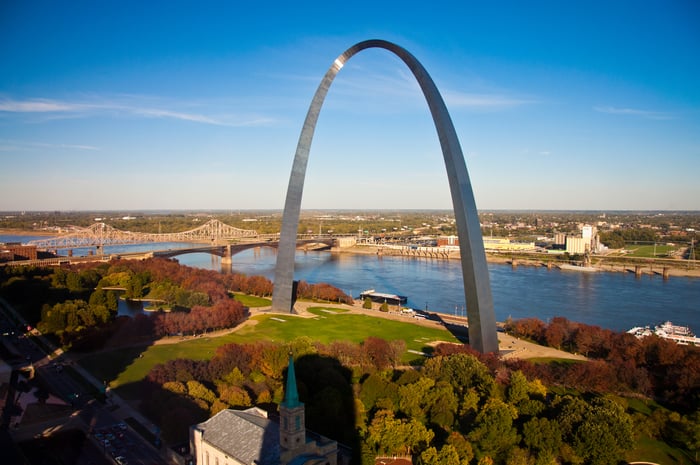 Medical marijuana was made legal in Missouri through a ballot measure in November 2018. State law mandates that cannabis for such use has to be grown at officially approved sites and then tested. As a result, cannabis will likely be available for sale no earlier than this summer.

Missouri still prohibits the sale and use of recreational marijuana, although this has been decriminalized.

There is already a sizable in-state market for medical pot. According to official figures quoted by The Kansas City Star and disseminated in other media, nearly 29,500 Missouri residents have been issued medical cannabis ID cards.

Many of the new licensees are relatively small companies, and a number are mom-and-pop operations. There are a few familiar marijuana stock names on the list, however. A subsidiary of Grassroots, which is to become part of Curaleaf (CURLF -2.78%) when and if a long-gestating takeover is completed, obtained six licenses. Two other Curaleaf/Grassroots dispensary applications were denied.

Cresco Labs (CRLBF 0.77%) had worse luck: All six of its applications were denied.

Neither Curaleaf, Grassroots, nor Cresco Labs has commented on the new Missouri licenses. The share prices of both Curaleaf and Cresco Labs closed down on Friday, although not by significant percentages.