Please ensure Javascript is enabled for purposes of website accessibility
Log In Help Join The Motley Fool
Free Article Join Over 1 Million Premium Members And Get More In-Depth Stock Guidance and Research
By Rhian Hunt – Updated May 19, 2020 at 12:26PM

The closures amount to 29% of total locations and will come in stages through 2021.

Declaring Chapter 11 bankruptcy after devastating sales losses to COVID-19 deepened its already existing troubles, department store chain J.C. Penney (JCPN.Q) says it intends to close a greater number of stores than it originally meant to. The total permanent closures are now expected to reach 242 stores, approximately 29% of all its retail locations, leaving some 604 operational.

J.C. Penney is closing underperforming outlets by preference, noting that the 71% of stores remaining open generated 82% of 2019's revenue. In an SEC filing this morning, the company said it will close the stores in phases. It added, "as part of its ongoing transformation, JCPenney will reduce its store footprint to better align its business with the current operating environment." 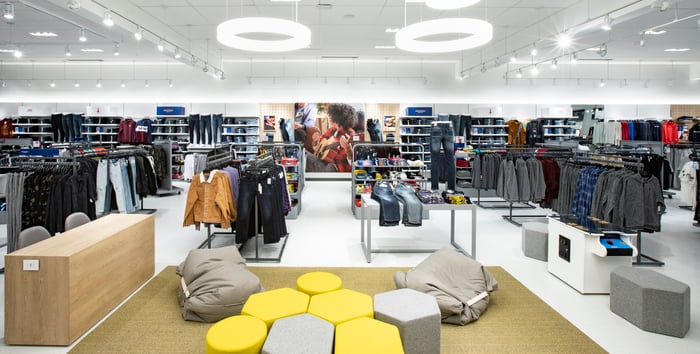 The first 192 closures are slated to occur by February 2021, with the remaining 50 shutting their doors for good during the rest of the year.

The court has given J.C. Penney permission to continue using its roughly $500 million in cash, which gives it the funds necessary to continue operating its retail locations, pay its employees, and take other actions. A company statement on the subject took the opportunity to "thank the Court for convening on a weekend to ensure that JCPenney can hit the ground running on Monday with approval of our First Day motions."

Other publicly announced measures of the company's "Renewal Plan" include reducing debt and selling a real estate division to raise cash. Analysts at financial services firm Cowen Group estimate the value of the real estate at $910 million, and have given the company's stock a $1 price target and a market perform rating.