Please ensure Javascript is enabled for purposes of website accessibility
Log In Help Join The Motley Fool
Free Article Join Over 1 Million Premium Members And Get More In-Depth Stock Guidance and Research
By Lee Samaha – May 19, 2020 at 11:16AM

The company's monthly sales data is going to become a key piece of data for investors trying to track a recovery.

Given the extent of the COVID-19 pandemic's effect on the economy, it's hardly surprising that many companies have withdrawn their full-year guidance. However, multi-industry industrial giant 3M (MMM 2.12%) elected to give monthly sales updates. As such, investors are going to be able to track a slow-motion car crash of an economy through the second quarter, and then hopefully a recovery gaining momentum through the third quarter. Let's make a start by looking at the April numbers and what they say about the economy.

Not as bad as it might be for 3M

It might challenge credulity to say anything positive about a year-over-year organic sales decline of 12%, but here goes anyway. It could have been worse! After all, when 3M gave its first-quarter earnings on April 28, CEO Mike Roman noted during the earnings call that organic growth was down "in the mid-teens" through late April. 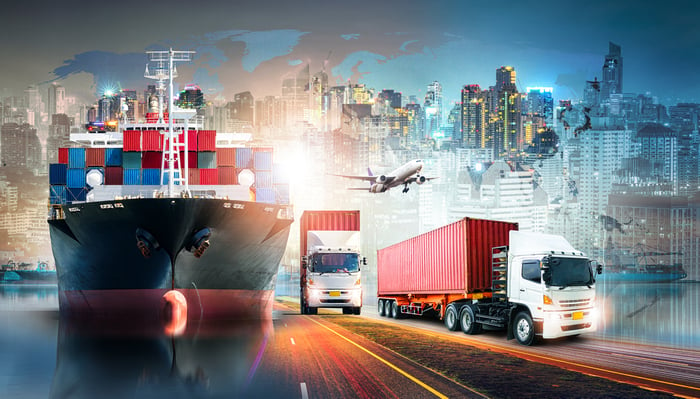 However, as you can see below, the figure ended up being down 12%, offering some hope that the sales decline might have stabilized for 3M at the end of April.

A break-out of the figures by geographic region reveals some interesting color. As expected, China's growth is the strongest. As befitting the country of origin of the coronavirus, China is seen as first-in/first-out in the crisis. Therefore, its 7% growth in April could be seen as a template for the bounce-back to come for the U.S. and Europe.

That said, the Asia Pacific region didn't come in as strong as management previously said it was "through late April." The reason? Chief Financial Officer Nick Gangestad discussed the matter at a Goldman Sachs investment conference and put it down to deterioration in Japan -- China's growth was expected.

Meanwhile, the declines in the Americas and Europe weren't quite as bad as previously intimated by 3M. Unfortunately, this is something Gangestad put down to stronger-than-expected growth in demand for N95 respirators, rather than any stabilization in the broader economy.

I would caution that this is based on extremely short-term data -- literally a week or two's worth of data -- so any firm conclusions are unwarranted, but it's something to keep an eye out for when other companies give data. In particular, the deterioration in a major economy like Japan is a concern.

Digging into the details of the sales update, 3M's figures served to confirm an expected bifurcation in trends. In a nutshell, any activity related to battling the pandemic is growing strongly, but the areas of the economy affected by the sudden shutdowns are very weak. For example, personal safety, general cleaning, food safety, and biopharma filtration are growing well for 3M.

On the other hand, oral care, automotive (original equipment and aftermarket), industrial, and stationery and office supplies are experiencing "significant weakness" according to the press release giving the sales update.  Frankly, this is hardly surprising given that consumers are not visiting dentists or driving cars, while schools and offices are being shut down.

On balance, the sales update is probably a slightly net positive for 3M, and a slightly net negative for the economy at large. From 3M's perspective, more demand for respirators is a plus -- even if the reason for it can hardly be welcomed. Moreover, the areas of weakness are in parts of the economy that could/should bounce back when the isolation measures are further relaxed. 3M doesn't have significant exposure to aviation and/or oil and gas capital spending -- both end markets that could remain challenged for some time.

On the negative side, the deterioration in Japan is definitely a watch item through the quarter. Furthermore, even though the bounce in China is good news in the near term, the country is the world's largest exporter and its bounce in economic activity might slow if Europe/U.S. remains weak for a protracted period.