Please ensure Javascript is enabled for purposes of website accessibility
Log In Help Join The Motley Fool
Free Article Join Over 1 Million Premium Members And Get More In-Depth Stock Guidance and Research
By Bram Berkowitz - May 19, 2020 at 10:09AM

In the past month and a half, the share of home loans in forbearance has more than tripled to 8.16%, reports the Mortgage Bankers Association.

According to the Mortgage Bankers Association's most recent Forbearance and Call Volume Survey, there are now 4.1 million U.S. homeowners in mortgage forbearance plans. Based on its figures, loans in forbearance now make up 8.16% of all U.S. mortgages, up from just 2.66% on April 1.

The most recent survey covered the period from May 4 through May 10, and represents almost 77% of the first-mortgage servicing market (38.3 million loans). 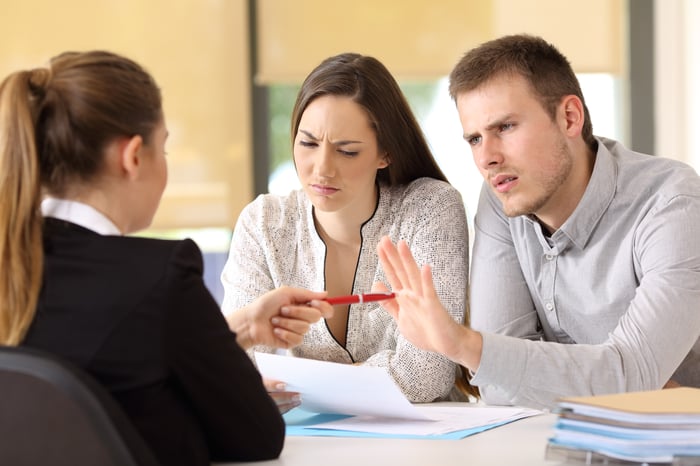 Borrowers in forbearance have temporarily paused or reduced their monthly payments. They still will have to repay the money at some point in the future, but have been given a break due to the speed and intensity with which the COVID-19 pandemic struck the economy.

"The pace of forbearance requests continued to slow in the second week of May, but the share of loans in forbearance increased," said Mike Fratantoni,  senior vice president and chief economist of the Mortgage Bankers Association, in a statement. "There has been a pronounced flattening in loans put into forbearance -- despite April's uniformly negative economic data, remarkably high unemployment, and it now being past May payment due dates."

Mortgages backed by the government-owned corporation Ginnie Mae again had the largest fraction of its loans in forbearance by investor type at 11.26%.

"FHA and VA borrowers are more likely to be employed in the sectors hardest hit in this crisis, which is why more than 11 percent of Ginnie Mae loans are currently in forbearance," said Fratantoni.