Please ensure Javascript is enabled for purposes of website accessibility
Log In Help Join The Motley Fool
Free Article Join Over 1 Million Premium Members And Get More In-Depth Stock Guidance and Research
By Evan Niu, CFA – May 19, 2020 at 8:30AM

The tech company is restructuring in order to focus on its core businesses.

Uber (UBER 1.88%) finished 2019 with roughly 26,900 employees, according to its annual report. Earlier this month, the ridesharing specialist said it was laying off 3,700 workers in its customer service and recruiting departments, given those positions were no longer necessary as COVID-19 ravages ridesharing demand and Uber had implemented a hiring freeze. This week, the company announced it was cutting yet another 3,000 employees.

That's 25% of Uber's workforce that is now getting pink slips. 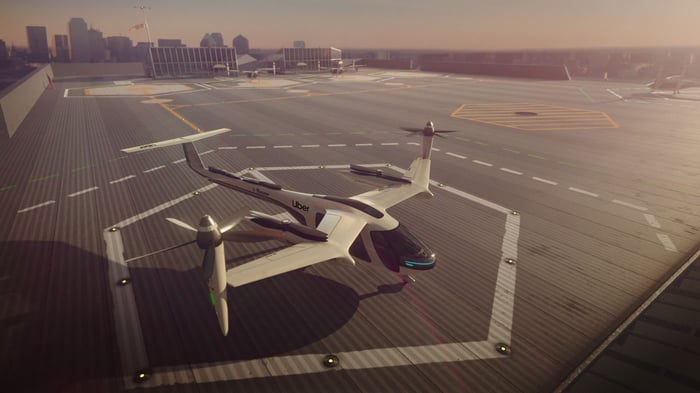 The core ridesharing business is down 80%

Uber is also closing 45 offices it has around the world as part of the restructuring. The company has been aggressively expanding international operations in its quest for world domination, and that sprawling footprint has become a liability, as almost no country has been spared by the coronavirus, although some governments have done better in combating the disease.

At the same time, Uber has also been investing heavily in developing new technologies that expand its business while potentially addressing pitfalls in its core ridesharing business. Namely, autonomous cars and flying taxis, among other ideas that sound out of science fiction. We're talking about hundreds of millions of dollars being plowed into research and development over the years. The advanced technology group (ATG) segment burned nearly half a billion dollars in negative adjusted EBITDA last year.

But those inventions won't be real for many years -- if ever -- and the coronavirus is slamming the world now. These are the areas that Uber's latest cuts will impact, with CEO Dara Khosrowshahi saying the company would "reduce investments in several non-core projects" in an internal memo announcing the latest workforce reduction.

In the email, Khosrowshahi noted that the core rides business has declined by approximately 80%, and food delivery through Uber Eats only partially compensates for the decline in ride-hailing. "We have decided to refocus our efforts on our core," the chief executive added. Uber is shutting down its start-up incubator, which was launched less than a year ago, as well as its artificial intelligence (AI) research lab that was created in 2016. Presumably, flying cars are also going out the window, or at the very least taking a back seat.

For context, ridesharing represented 75% of gross bookings in the fourth quarter before the coronavirus outbreak hit in the first quarter, so an 80% decline in the rides business is absolutely devastating to Uber's financials.

Uber expects to generate $1 billion in annual cost savings from the cuts, after eating $210 million to $260 million in charges associated with all of the aforementioned actions, including the first round of layoffs this month, as well as the office closures. The company will recognize those expenses, which are primarily cash-based, in the second quarter.