Please ensure Javascript is enabled for purposes of website accessibility
Log In Help Join The Motley Fool
Free Article Join Over 1 Million Premium Members And Get More In-Depth Stock Guidance and Research
By Dan Caplinger – May 20, 2020 at 12:50PM

Major benchmarks got off to a good start on Wednesday, lifted by renewed optimism about the potential for an economic recovery as some businesses start to return to full operation. Stocks in the Nasdaq Composite (^IXIC -0.62%) outperformed their peers in the broader market, with the index rising more than 2% shortly before noon EDT. The Nasdaq 100 Index also climbed slightly more than 2%.

Facebook (META -1.63%) made a big contribution to the Nasdaq's gains Wednesday, as the social media giant's stock reached new all-time highs. Meanwhile, on the earnings front, Analog Devices (ADI 0.94%) gave its shareholders something to be happy about after it showed signs of bouncing back from a tough industry environment recently.

Facebook's stock rose 6% Wednesday, adding to its gains in recent weeks. The social media juggernaut has done well in addressing the needs of its users during the novel coronavirus pandemic, but investors are more excited than ever about a new initiative that could take Facebook even further into a key area of the economy. 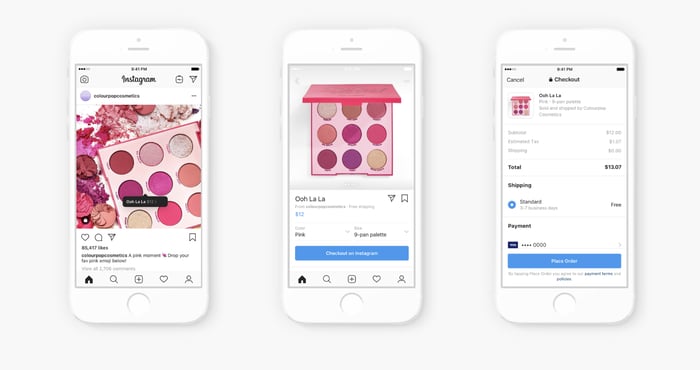 Facebook announced Tuesday that it would move forward with its plans to help small businesses establish an online presence using its proprietary platforms. Facebook Shops will use the power of Facebook, Instagram, and other services to help local businesses advertise their goods and services on the internet. Online storefronts will be available for users of both Facebook and Instagram, and users can provide customer service and support using messaging services WhatsApp, Messenger, and Instagram Direct.

Facebook hasn't been as aggressive in pushing into e-commerce as some had hoped, but Facebook Shops represents a big move in that direction. One stock analyst said that Shops could bring in as much as $30 billion in revenue over time. More importantly, the offering would keep more businesses within the Facebook ecosystem, supporting its other efforts.

There aren't many stocks at all-time highs, but Facebook is finding its way through the COVID-19 crisis. Investors should be pleased at what they're seeing, and the company has a lot further to go if it can keep up its pace of innovation.

Shares of Analog Devices rose even more sharply, gaining 8%. The chipmaker reported fiscal second-quarter financial results that were far better than some had feared.

That's not to say that Analog didn't face challenges. Revenue was down 14% from year-ago levels, sending adjusted earnings per share down by 21%. However, Analog's sales picked up from where they were three months ago.

Moreover, Analog has taken steps to shore up its business in light of the coronavirus pandemic. Some of its products are used in key medical equipment to fight COVID-19, and Analog has prioritized production and shipment of those products.

Perhaps most encouraging was Analog Devices' guidance for the fiscal third quarter, which includes projections for roughly flat sales and net income compared to fiscal second-quarter levels. If Analog Devices has indeed hit bottom, then there's a lot of room for the semiconductor chipmaker to regain its lost momentum in the months and years to come.