Please ensure Javascript is enabled for purposes of website accessibility
Log In Help Join The Motley Fool
Free Article Join Over 1 Million Premium Members And Get More In-Depth Stock Guidance and Research
By Mark Prvulovic - May 21, 2020 at 6:20AM

Are better-than-expected financial results enough to make this recovering pot stock a buy?

Aurora Cannabis (ACB -2.77%) used to be one of the biggest names in the cannabis market. However, over the past 12 months, shares have fallen by an astonishing 89% due to a number of concerns, such as the company's ongoing lack of profitability and the excessive goodwill on its balance sheet.

While there is still plenty of concern over Aurora's long-term financial health, investors were impressed by better-than-expected results from the company's fiscal third-quarter earnings report. Shares of Aurora ended up surging in response to the news, with many investors wondering whether the once-great cannabis giant is now on the rise again.

Let's take a deeper look at whether Aurora Cannabis is truly on the cusp of making a comeback, or if this fresh excitement needs to be checked a little. 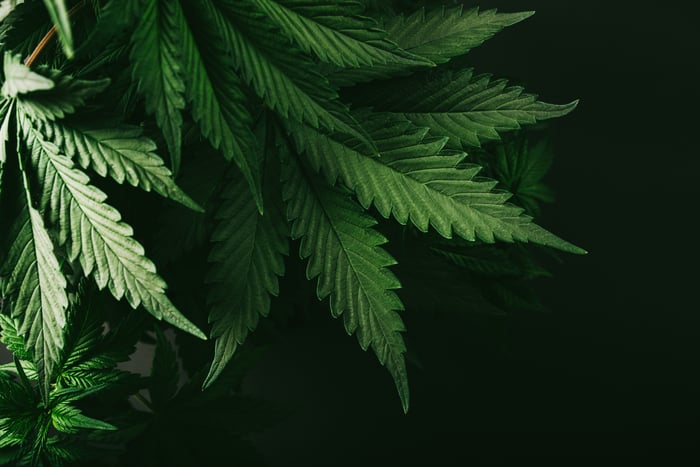 When you compare this quarter's results with just three months ago, the difference is immediately apparent. Whereas Aurora ended up reporting a staggering CA$1.3 billion net loss during its fiscal second-quarter results, this figure improved dramatically in the third quarter, to a net loss of CA$137.4 million.

If you're wondering how that's possible, the answer is that most of the CA$1.3 billion loss was due to a one-time goodwill and intangible asset adjustment, which came in at CA$920.9 million. However, even if we factor out these one-time charges, Aurora's financial figures are still showing some signs of improvement.

Operational losses have improved from the CA$119.6 million reported last quarter to CA$83.6 million. Given that Aurora had announced significant layoffs earlier this year to cut costs, it's not a surprising change, but it's nonetheless welcome news for shareholders hoping for a comeback. Net revenue has improved markedly from last quarter as well, growing by 34.8% from CA$56 million to CA$75.5 million. That's also quite a bit better than the CA$66.8 million some Wall Street analysts were expecting going into this quarter.

Aurora's cash position is tenuous, but manageable for the short term if its other financial metrics continue to improve. Its CA$230.2 million in cash on hand makes for a little less than six months' worth of funding if net losses don't change. Aurora also has the option to raise a further CA$352 million in equity financing should it need to do so.

With things seemingly getting better for Aurora, does that mean now's the time to add this stock back into your portfolio? Well, not really. While it's easy to look at this quarter's net loss as a major improvement over three months ago, Aurora is still far from being profitable.

Other cannabis companies are outperforming Aurora both in terms of sales and profitability. To illustrate, Green Thumb Industries (GTBIF -2.26%), a U.S.-based cannabis company, reported first-quarter financial results earlier this month that put Aurora's to shame. Green Thumb announced $102.6 million in quarterly revenue, while net losses came in at a mere $4.2 million.

Aurora already went through an almost CA$1 billion goodwill writedown earlier this year, and investors shouldn't write off the possibility of further writedowns in the future. Aurora still has a staggering CA$2.9 billion in goodwill and intangible assets on its balance sheet, which is one of the highest levels in the entire cannabis industry.

Aurora's entire market cap is only CA$1.7 billion, and another major goodwill adjustment could easily wipe off a massive chunk of that, sending shares plunging. In comparison, Green Thumb Industries has a market cap of about $1.9 billion, while its total goodwill and intangible assets fall just shy of $800 million.

While Aurora's most recent financial results are definitely an improvement, the company's still not out of the woods financially. With Aurora still reporting sizable losses, an unexpectedly disappointing quarter could prove disastrous for the company's already precarious cash position.

Couple that with the massive goodwill figure that's still looming on Aurora's balance sheet, and investors have a lot to still be worried about with this Canadian cannabis giant. While there definitely are some interesting pot stocks to invest in right now, especially because so many of them are trading at steep discounts, it might be best to hold off on Aurora for the time being.