Please ensure Javascript is enabled for purposes of website accessibility
Log In Help Join The Motley Fool
Free Article Join Over 1 Million Premium Members And Get More In-Depth Stock Guidance and Research
By Jeremy Bowman - May 21, 2020 at 4:31PM

Shares of the sneaker seller gained on positive recovery momentum at another retailer.

Shares of Foot Locker (FL -6.17%) were moving higher today, catching a tailwind along with the rest of the apparel retail sector after TJX Companies (TJX -2.17%) said that sales at the stores it had reopened were up from a year ago.

Foot Locker stock closed up 3.5% on the news after trading up as much as 6.6% earlier in the session. 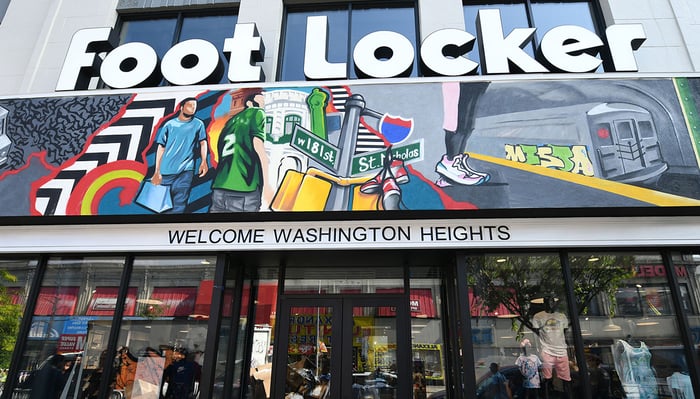 TJX, which owns TJ Maxx, Marshalls, and HomeGoods, is by far the most valuable American apparel retailer, so its performance says a lot about the broader state of the industry and the American consumer. TJX had closed all of its stores during the pandemic, but started reopening them on May 2, and said it's seen very strong initial sales. For stores that have been open for at least week, sales are up from year ago.

CEO Ernie Herrman cited pent-up demand as one of the factors driving traffic, which bodes well for other apparel retailers. The industry has gotten crushed by the pandemic, which forced mass store closures around the world, but the early indication from TJX is that customers are eager to return to stores. As an off-price retailer, TJX's experience may not be representative of the rest of retail, however, as customers go its stores in part to look for deals.

Foot Locker is set to report first-quarter earnings tomorrow morning and investors seem more hopeful of a recovery following TJX's upbeat commentary. Analysts are expecting Foot Locker to report revenue of $1.58 billion, down from $2.08 billion last year, and earnings per share of $0.49, down from $1.53. Expect the stock to swing one way or another on the report.