Please ensure Javascript is enabled for purposes of website accessibility
Log In Help Join The Motley Fool
Free Article Join Over 1 Million Premium Members And Get More In-Depth Stock Guidance and Research
By Evan Niu, CFA - May 21, 2020 at 1:44PM

The athletic apparel maker is restructuring some debt with a convertible senior note offering.

Under Armour (UA -0.11%) (UAA -0.56%) opened lower today, with both share classes down around 8% in early trading, after the company announced a convertible senior note offering. Both stocks have since recovered and are now in the green as of 12:45 p.m. EDT.

The athletic apparel maker is proposing a $400 million offering for convertible senior notes that will come due in 2024. The paper will be offered to qualified institutional buyers, and those investors will have an option to purchase up to $60 million more in aggregate. The terms, such as conversion rate and interest rate, have not yet been finalized and will be determined by negotiations with investors. 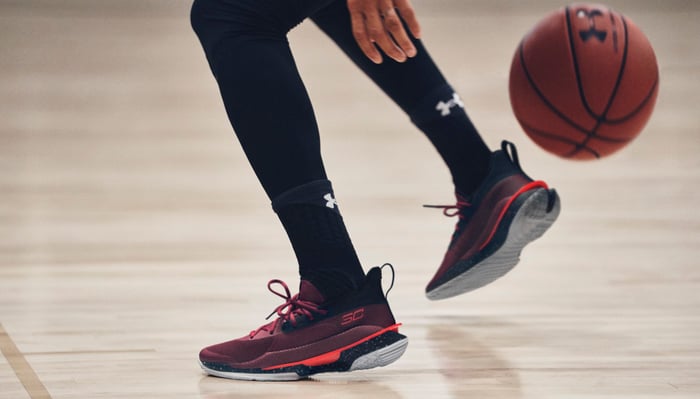 Under Armour will enter into capped call transactions that will mitigate potential dilution from any conversions, and the consumer discretionary company says it plans to use most of the proceeds to pay off outstanding debt that it currently has under a revolver.

Institutional investors that buy convertible notes often go short the underlying stock as part of a convertible arbitrage strategy, which may have contributed to selling pressure earlier in the session.