Please ensure Javascript is enabled for purposes of website accessibility
Log In Help Join The Motley Fool
Free Article Join Over 1 Million Premium Members And Get More In-Depth Stock Guidance and Research
By Jim Halley - May 21, 2020 at 6:21AM

A do-over on one of its drugs is a potential game-changer for CymaBay.

Shares of CymaBay Therapeutics (CBAY 7.22%) have climbed nearly 143% since last week after it got great news about its orphan drug, seladelpar.

A phase 2B trial for the drug to see how it did against nonalcoholic steatohepatitis (NASH, or liver inflammation not caused by alcohol) had been sidelined by the Newark, Calif., clinical-stage biopharmaceutical company since November due to safety concerns after study pathologists found tissue damage in the livers of participants. Last week, however, the company announced that a panel of independent experts unanimously overturned earlier findings that seladelpar caused liver damage. The panel supported reinitiating clinical development of the drug, pending approval by the U.S. Food and Drug Administration (FDA).

"While we have not yet discussed full results from our investigation nor any of the panel's conclusions with the FDA, we are planning to reengage with the agency as quickly as possible," CymaBay President and CEO Sujal Shah said. 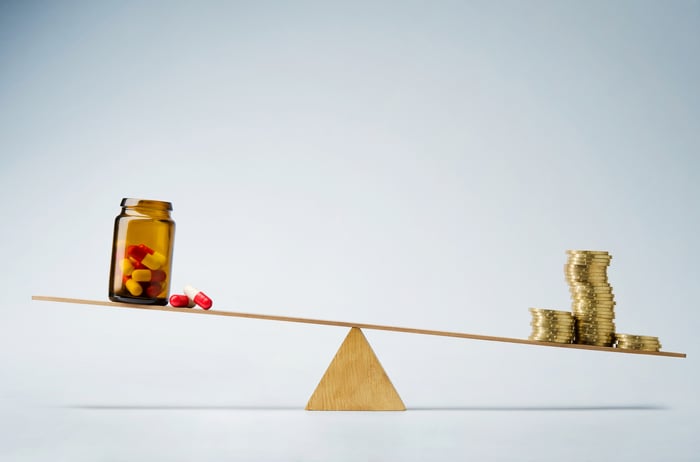 That news, along with Monday's quarterly report that showed the company had trimmed its per-share losses and has $176.8 million in cash, cash equivalents, and marketable securities, was enough to cause CymaBay's stock price to jump. The question is: How speculative is buying CymaBay at this point?

CymaBay doesn't make any money yet. No one knows for sure when that will happen. It's not just that it doesn't produce positive net income -- it doesn't have any revenue at all. It's also a very small company, with 36 employees, which is good for keeping costs down, but a complication if seladelpar is approved by the FDA and the company wants to start production.

The second concern is that there's no guarantee the FDA will agree with the independent experts and allow clinical trials of seladelpar to start back up.

The third concern is that, even if trials do begin again, seladelpar's efficiency against NASH could be less than stellar, or its side effects might not be considered worth the risk.

The fourth concern is that, even given FDA approval, CymaBay might not have enough cash to complete clinical trials and to make and market the drug.

The upside, however, is huge

Estimates show that NASH affects 30 million Americans, and because the condition seems to correlate with obesity, that number is likely to grow considering our obesity epidemic.

At some point, NASH is expected to overtake hepatitis C as the leading cause of liver transplants. It's key to note that the FDA has not approved any drugs yet for the specific treatment of NASH. If seladelpar becomes the first, that will be a huge deal.

Seladelpar has other potential uses; CymaBay says it's effective against other inflammatory liver diseases. It was also being looked at for use against primary biliary cholangitis (PBC), an autoimmune liver disease that affects one in 1,000 women. That phase 2 trial was suspended after the earlier critical finding.

There are a lot of ifs, but here's the payout

If seladelpar becomes the first NASH drug approved by the FDA, it could represent a $20 billion to $35 billion market per year. That means major pharmaceuticals would be lining up -- either to buy up CymaBay or just to purchase rights to manufacture seladelpar.

The bottom line is, this isn't a stock for the faint of heart, but the reward might outweigh the risk for some pharma investors.

Here's Why CymaBay Therapeutics Rose 109% in May