Please ensure Javascript is enabled for purposes of website accessibility
Log In Help Join The Motley Fool
Free Article Join Over 1 Million Premium Members And Get More In-Depth Stock Guidance and Research
By Joe Tenebruso – May 21, 2020 at 7:02AM

Here’s where to invest your money during the COVID-19 crisis.

With the coronavirus pandemic crippling the economy -- and more than 30 million Americans losing their jobs -- it's a near certainty that the U.S. will soon fall into a recession.

Many companies will suffer during the coming economic downturn. So, too, will their investors. However, a select few businesses have a proven ability to create value for their shareholders during times of crisis. And the best among them is none other than Warren Buffett's masterpiece, Berkshire Hathaway (BRK.A 2.46%) (BRK.B 2.68%). 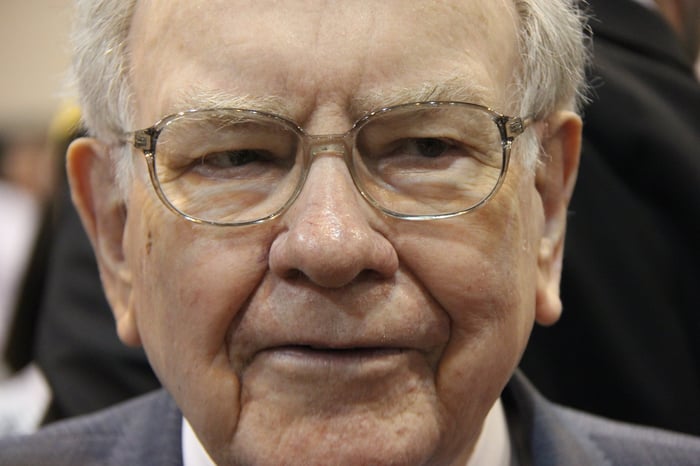 If you're concerned about a recession, Warren Buffett's Berkshire Hathaway is the stock to buy. Image source: The Motley Fool.

Warren Buffett is considered by many to be the greatest investor of all time. For more than 50 years, Buffett and his partner Charlie Munger have built Berkshire into the $400 billion titan of American capitalism that it is today, delivering fortune-building returns to investors along the way.

A bastion of financial fortitude

Berkshire's more than 60 operating subsidiaries -- which span a wide swath of industries including insurance, railroads, retailers, and manufacturing companies, among others -- generate strong and steady cash flow. That's helped Berkshire amass a war chest of $137 billion in cash, most of which is just waiting to be deployed in value-creating investments.

When others are fearful, Buffett gets greedy

Buffett is at his best during periods of market distress, when the prices of great businesses fall to mouth-watering levels. The coming recession will likely give Buffett opportunities to use Berkshire's massive cash hoard to scoop up bargain-priced stocks. Buffett might also get the chance to use his "elephant-gun" and acquire a company outright, which would help to further bolster Berkshire's already impressive cash flow production.

Buffett's patience is likely to pay off

Some investors have questioned Buffett's hesitation to deploy Berkshire's cash reserves during the early stages of the COVID-19 crisis. Yet Berkshire's wide variety of operating businesses give Buffett valuable insight into the state of the economy. If he's holding off on buying now, it's because he believes the economy is about to get worse -- and he's probably right.

Berkshire itself is a fantastic bargain

Moreover, some investors have lost patience and sold off their Berkshire shares. The stock is now trading near its lowest valuation in years, at about 1.1 times book value (the total value of its assets minus its liabilities).

Buffett has said that Berkshire would be an "aggressive" buyer of its own stock at about 1.2 times book value, so it's possible that Buffett could choose to allocate some of the company's cash toward share repurchases. Thus, if you buy shares today, you can take comfort in the knowledge that the world's best investor is likely buying right alongside you.