Please ensure Javascript is enabled for purposes of website accessibility
Log In Help Join The Motley Fool
Free Article Join Over 1 Million Premium Members And Get More In-Depth Stock Guidance and Research
By Bram Berkowitz – May 22, 2020 at 12:12PM

The insurance sales platform was trading at over $26 per share on Friday after going public at $20 on Thursday.

The largest U.S. initial public offering since February did not belong to some ride-sharing service or a new biotech firm working on a coronavirus vaccine, but rather to a decades-old insurance industry company.

SelectQuote (SLQT 7.58%), a platform that connects consumers to insurance carriers, issued 18 million shares of common stock earlier this week, and previous shareholders sold 10.5 million shares. The stock began trading Thursday at $20 and had risen by 31.5% to around $26.30 as of noon EDT Friday. 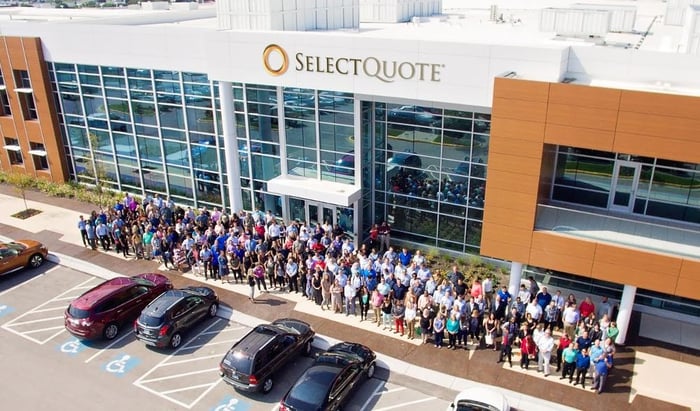 The company will have roughly 162.65 million shares outstanding, giving it a market cap of $4.39 billion.

The Wall Street Journal, citing research from Renaissance Capital LLC, reported that the last company to issue a significant IPO was the contract drug-development company PPD Inc. (PPD), which went public in February.

Renaissance also reports that there have only been 56 IPOs filed this year as of May 22, which is down more than 24% compared to the same period of last year.

SelectQuote in its prospectus said it expected to raise about $334 million from the IPO, but it ended up with about $360 million. It plans to use up to $100 million of the proceeds to repay a term loan, with the rest going toward working capital, capital expenditures and general corporate purposes.

For the nine-month period that ended March 31, SelectQuote delivered a profit of close to $62 million, up about $2.3 million year over year. As of March 31, it had debts of about $411 million on its books.