Please ensure Javascript is enabled for purposes of website accessibility
Log In Help Join The Motley Fool
Free Article Join Over 1 Million Premium Members And Get More In-Depth Stock Guidance and Research
By Dave Kovaleski – Updated May 22, 2020 at 12:22PM

What former Legg Mason and current Miller Value Partners PM Bill Miller is buying, and why.

Portfolio manager Bill Miller has had his share of ups and downs over the years. When he was at Legg Mason, Miller was a rock star, beating the S&P 500 index 15 years in a row from 1991 to 2006 with his Legg Mason Value Trust fund. But some bad bets during the Great Recession put an end to that streak. In 2017, Miller spun off from Legg Mason to create Miller Value Partners and is now running the Miller Opportunity Trust, formerly the Legg Mason Opportunity Trust, which had beaten the S&P 500 since inception in 2009 through 2019.

As someone who made his reputation as a value investor, Miller is focused on spotting opportunities, and he sees the current market as the fifth "great stock market buying opportunity" in his lifetime. Others included the recession of 1973-74 when inflation soared and oil prices skyrocketed; the summer of 1982, just before the start of the '80s bull market; and the stock market crash on Black Monday in October of 1987. Miller was able to capitalize on those opportunities, but he failed to do so in the fourth great buying opportunity in 2008-09. 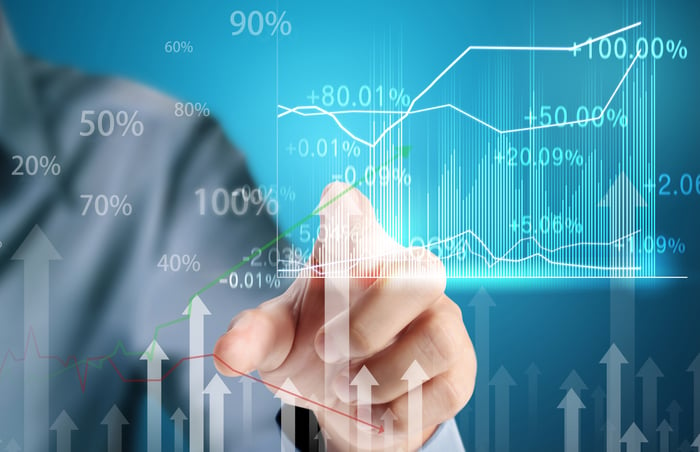 "We did not navigate that period well. The strategies I then managed all went down much more than the market," Miller wrote in his first quarter 2020 market letter. "We made changes to our positions that we thought would provide the best upside in the inevitable recovery. We stayed fully invested throughout the 10-year bull market and Opportunity Equity was one of the best performing of all US equity strategies since the market low in March 2009 through calendar year 2019."

This year, the Miller Opportunity Trust is trailing the market, down about 27%. "We have been hit about as hard as anyone in this decline because we have been overweight in higher beta names (i.e., those that are more volatile than the S&P 500) believing (correctly) that since the financial crisis people have been risk- and volatility-phobic and that perceived risk has consistently been greater than real risk," he wrote. The market's quick, sharp decline in March brought his fund down farther than the market, but he has stayed fully invested, and history tells him that is the right move.

"The market's behavior since the current low of 2,191 on March 23 gives a good indication that this recovery from the inevitable recession now under way will follow the pattern of every other recovery since at least 1973-74. The stocks that have led since the bottom have been low PE/cyclical names with operating or financial leverage, viz., the exact names that were clobbered the most in the decline," Miller wrote.

Thus, he disagrees with the pundits who advise investors "upgrade" their portfolios with quality names, like Alphabet, Amazon, and Facebook -- all of which he owns. "I think, though, that a portfolio comprised of all 'quality' names, names that have been among the best performers in this dramatic decline, will almost certainly be a portfolio that underperforms the market as the economy and the market recover."

When huge declines like we saw in March occur, stock prices tend to fall more rapidly than the long-term value of the business. "We try to use these opportunities to "upgrade" our portfolios as well, by which we mean replace names that have held up reasonably well with those whose price declines now offer much greater long-term upside when the economy comes back," Miller stated in the Q1 letter.

Amazon is the largest holding in the Opportunity Trust fund at 6.3%, followed by online fashion retailer Farfetch and Teva Pharmaceuticals. The latter two are up about 106% and 75%, respectively since March lows. Other top 10 holdings include Facebook, ADT, Alphabet, Lennar, Alibaba Group Holdings, Endo International, and OneMain Holdings.

Whether the market has already hit bottom or it retreats again in the coming months, Miller is confident that his strategy will be rewarding in the long term. "If you missed the other 4 great buying opportunities, the 5th one is now front and center."