Please ensure Javascript is enabled for purposes of website accessibility
Log In Help Join The Motley Fool
Free Article Join Over 1 Million Premium Members And Get More In-Depth Stock Guidance and Research
By Prosper Junior Bakiny – May 22, 2020 at 11:54AM

The company received some bad news from the FDA.

Shares of Intercept Pharmaceuticals (ICPT 4.53%) are plunging on Friday after the company announced some bad news regarding its new drug application (NDA) for Ocaliva as a treatment for fibrosis (buildup of scar tissue) in the liver due to nonalcoholic steatohepatitis (NASH). Intercept's shares are down by 14.4% as of 11:34 a.m. today. 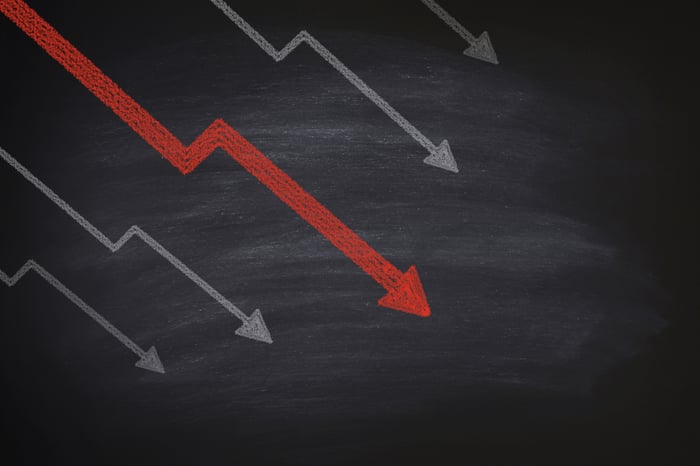 Intercept has a lot riding on this application. Ocaliva is the company's only approved product at the moment, and although it is generating growing revenue -- sales of Ocaliva grew by 40% year over year to $72.7 million during the first quarter -- a new indication for this drug would help Intercept further boost its revenue and earnings. The pharma company estimates that there are about 19 million NASH patients in the U.S., and about 16 million of them suffer from fibrosis.

And considering there are currently no FDA-approved treatments for fibrosis due to NASH, Intercept's revenue could increase significantly once it receives approval for this indication. Even with today's setback, though, Intercept looks likely to earn FDA approval for Ocaliva as a treatment for fibrosis due to NASH, and the company's losses on the market may represent an opportunity for investors.