Please ensure Javascript is enabled for purposes of website accessibility
Log In Help Join The Motley Fool
Free Article Join Over 1 Million Premium Members And Get More In-Depth Stock Guidance and Research
By Anders Bylund – May 26, 2020 at 8:19AM

Nobody can match Amazon's brand power and market-share clout in the cloud computing space.

Soft-drink giant Coca-Cola (KO 0.23%) always faced a plethora of rivals, but none of them could match Coke's incredible brand power. E-commerce veteran Amazon.com (AMZN 4.50%) has carved out a similar space for itself in the booming market for cloud computing services. Amazon Web Services is the first name on everybody's lips in that sector.

"It's the real thing"

"You can't beat the real thing," which is exactly what Coke has been calling itself since 1969. The company backed that ambitious slogans with a combination of classic beverage flavors and an unparalleled distribution network, and Coke investors have enjoyed "a Coke and a Smile" with market-beating returns. If you invested $10,000 in Coca-Cola in 1988, under the official tag line of "You can't beat the feeling," and reinvested your dividends in more Coke stock along the way, that investment would be worth $391,000 today: 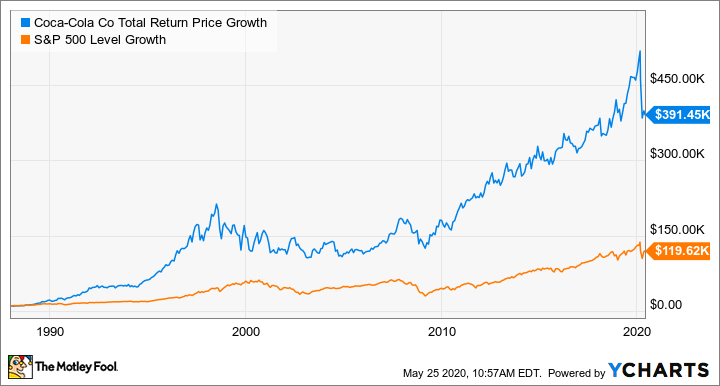 Amazon runs ahead in the cloud

Amazon arguably bootstrapped the cloud computing industry in 2006. When Amazon Web Services (AWS) hit the market, Amazon saw it as a way to make some bonus cash from its excessive portfolio of technology assets. The idea hit a nerve in the IT sector, and AWS eventually grew into a serious profit center. Amazon culled 37% of its total 2019 sales from AWS, and the division also generated 63% of the company's operating profits last year.

The platform's share of the cloud infrastructure market landed at 32% in 2019, according to technology analyst firm Canalys. Runner-up Microsoft (MSFT 3.38%) Azure lagged far behind with an 18% share. Alphabet (GOOG 3.13%) (GOOGL 3.04%) and Alibaba (BABA 4.55%) are stuck in single-digit territory. I suppose you could call Azure the Pepsi (PEP 1.13%) of the cloud computing market, and the rest barely rise above the level of store-brand knockoff sodas. 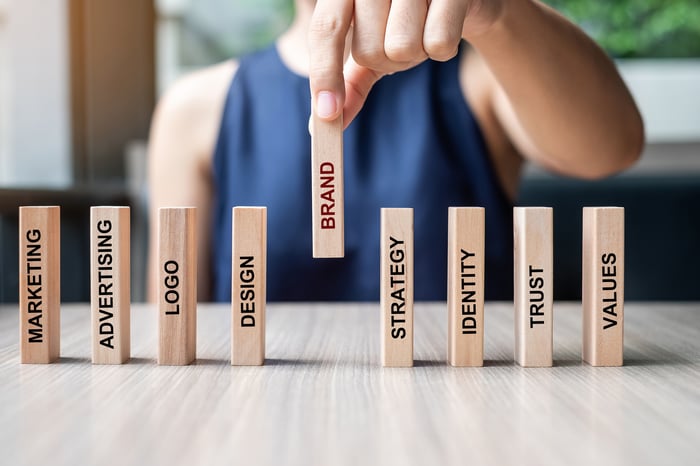 Investors are often looking for "the next Amazon" of other markets, and the company blazed a trail for others to follow in online retail operations. So I realize the irony in highlighting Amazon as "the Coca-Cola of" anything, but the company truly deserves this badge of honor in the explosive cloud computing sector. Carving out a large market share with a defensible brand as the market crystallizes will serve Amazon well for decades to come, just like Coca-Cola's brand power has carried that company through decades of market turmoil and an ever-changing swarm of potential challengers.

Reaching that lofty level in two very different industries is a grand achievement and one more reason to buy Amazon stock today.