Please ensure Javascript is enabled for purposes of website accessibility
Log In Help Join The Motley Fool
Free Article Join Over 1 Million Premium Members And Get More In-Depth Stock Guidance and Research
By Cory Renauer - May 26, 2020 at 12:57PM

Shares of argenx (ARGX 1.32%), a clinical-stage biotechnology company, are on the move following positive results from the Adapt trial of efgartigimod. Investors excited about the future of argenx's lead candidate have pushed the stock 37.9% higher as of 12:38 p.m. EDT on Tuesday.

argenx doesn't have any products to sell at the moment, but results of the Adapt trial suggest efgartigimod could become a new treatment option for generalized myasthenia gravis (gMG) patients. An impressive 67.7% of those treated with efgartigimod achieved improvements on their myasthenia gravis activities of daily living (MG-ADL) scores of at least two points. Just 29.7% of patients given a placebo hit the same mark. 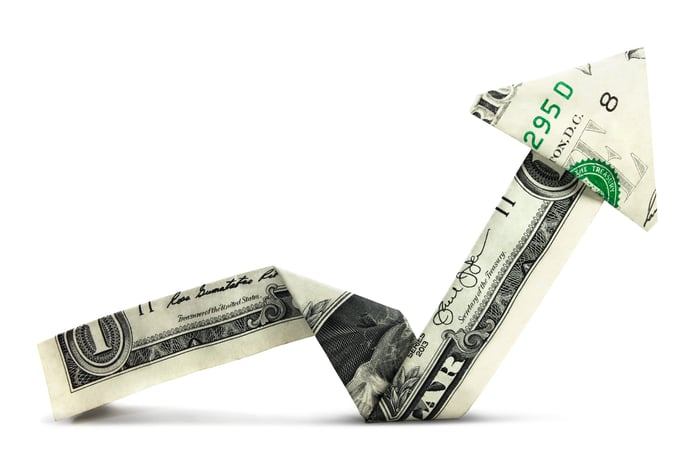 Myasthenia gravis is a relatively rare immune disorder that weakens patients by jamming up the transmission of signals between their brains and their muscle fibers. If approved, annual sales of efgartigimod could reach $1 billion as a high-priced gMG treatment before the end of 2025.

The company plans to submit an application to treat gMG patients with efgartigimod by the end of 2020. If approved to treat this relatively limited population, though, it will run straight into competition with Soliris from Alexion Pharmaceuticals (ALXN).

Soliris earned approval to treat gMG with solid MG-ADL improvement results as well. The average patient treated with Soliris experienced a 4.2 point improvement on the 24-point MD-ADL scale compared to a 2.3 improvement among patients given a placebo.

At recent prices, argenx is a $9.3 billion company without any products to sell. If investors begin worrying about the company's ability to launch efgartigimod into a competitive landscape, shares of this risky drugmaker could quickly tank.

Is Argenx a Good Biotech Stock to Buy for 2022?