Please ensure Javascript is enabled for purposes of website accessibility
Log In Help Join The Motley Fool
Free Article Join Over 1 Million Premium Members And Get More In-Depth Stock Guidance and Research
By Maxx Chatsko – Updated May 26, 2020 at 1:00PM

The pharmaceutical company appears poised to earn multiple regulatory approvals in 2021. But has too much anticipated success already been priced into its shares?

Success stories such as Axsome Therapeutics (AXSM 1.06%) are rare in the world of investing, but the company is proof that such opportunities do exist, and that individual investors can take advantage of them.

In late 2018, Axsome Therapeutics sported a market cap of less than $100 million and was generally an afterthought among analysts. That changed over the course of 2019, when the tiny company's lead drug candidate delivered promising results in a depression disorder, while the rival candidate being developed by a more closely watched competitor flopped in a late-stage trial. By the end of 2019, Axsome Therapeutics was valued at close to $4 billion.

The pharmaceutical stock's performance has been relatively volatile in 2020. Of course, the coronavirus pandemic has injected significant uncertainty into the industry and the global economy broadly. But investors have also been weighing a disappointing clinical result in a separate depression study against promising results from Axsome's other pipeline drugs. Given all the moving parts and the stock's relatively pricey valuation, investors might wonder if too much anticipation of success has been priced into the shares. Is Axsome Therapeutics a buy or is it overvalued? 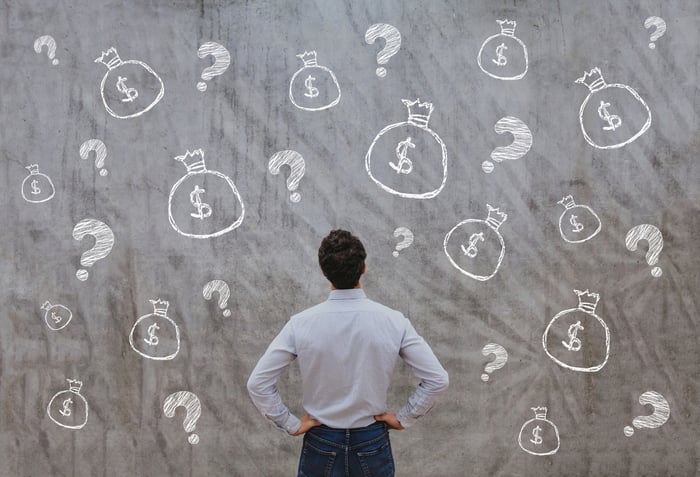 Axsome Therapeutics is a development-stage company loaded with potential -- and it could make the transition to commercial operations soon. Its pipeline comprises four unique drug candidates being studied in seven indications. All of its programs are in phase 2 studies or later, and its first two new drug applications (NDAs) to are on course to be submitted to the Food and Drug Administration by the end of 2020.

The encouraging results released by Axsome Therapeutics in mid-December were bolstered by a high-profile failure from Sage Therapeutics just two weeks prior: Its lead drug candidate, SAGE-217, had been the consensus pick on Wall Street as the next-generation depression drug candidate most likely to succeed. But it flopped in a similar phase 3 trial for MDD -- leaving the door wide open for AXS-05.

Axsome shareholders' jubilation was short-lived. In a separate phase 3 trial of AXS-05 in treatment-resistant depression (TRD), it failed to outperform an active comparator (i.e., a rival drug rather than a placebo). The company committed to continue developing AXS-05 as a TRD treatment, but investors contemplated what the results could mean for its broader market potential, including in MDD.

The failure in TRD was partially offset by several positive business developments. For example, AXS-05 met its primary endpoint in a phase 2/3 trial in Alzheimer's disease agitation, a condition for which there are no currently approved treatments. Meanwhile AXS-07 aced a phase 3 trial in migraine against a standard treatment. Axsome Therapeutics also acquired a late-stage drug candidate from Pfizer that complements a drug candidate it already had in the works. Add it all up, and the company's pipeline looks pretty impressive.

Investors need to weigh the pipeline against various potential commercial outcomes -- and that's where things get a little more complicated.

There are two primary reasons investors might hesitate to buy shares of Axsome Therapeutics at its current market cap of about $3 billion: competition and inexperience.

When results for AXS-05 in MDD were first reported in mid-December, Wall Street analysts estimated the drug could generate peak annual sales of at least $1 billion in depression disorders. Those projections were complicated by its disappointing results in TRD. Even if a drug candidate proves more effective than a placebo (as occurred in the MDD study), if it struggles to outperform an active comparator (as occurred in the TRD study), it may have a tough time gaining traction against commonly prescribed selective serotonin reuptake inhibitors (SSRIs). The hypothesis among analysts is that AXS-05 could become the go-to option for individuals who fail to respond to SSRIs, but that's only speculation at this point.

That type of uncertainty isn't weighing on AXS-07, as the drug candidate aced its late-stage trial as a migraine treatment compared to the standard of treatment. But the industry pipeline in migraine treatments is full of next-generation competition that may eventually erode AXS-07's market prospects. Nonetheless, SVB Leerink analyst Marc Goodman estimates the drug could generate peak annual sales of $350 million.

Axsome Therapeutics could have a bright future ahead of it even in the scenario where it must withstand fierce competitive headwinds. If it achieves total annual revenue of $500 million in the middle of the decade (well below current expectations), its shares at their current level would be priced at just six times sales -- a relative bargain in the pharma industry. But investors also need to consider the company's inexperience. The reality is Axsome Therapeutics lacks the institutional knowledge when it comes to successfully launching a drug and ramping up sales. If this development-stage company stumbles during the transition to commercial operations, then Wall Street might not waste much time devaluing it.

To be blunt, investors cannot look at the historical stock chart of Axsome Therapeutics and expect it to keep generating the same level of returns. There's no denying a significant amount of future success has been priced into shares at the current level. There are also risks involved, such as competition in the markets being pursued and the company's lack of experience.

But after acknowledging the risks involved, investors might find that the risk-reward profile is in their favor. Axsome Therapeutics spreads its risk across two assets, AXS-05 and AXS-07, in two unique markets. Considering there are no approved drugs for Alzheimer's disease agitation, a third unrelated market could be on the horizon. That compares favorably to many development-stage companies making the transition to commercial operations with only one asset to lean on.

Simply put, Axsome Therapeutics is certain to be volatile for the foreseeable future, but investors with a long-term mindset and enough patience can likely generate above-average returns by taking a position in the company.