Please ensure Javascript is enabled for purposes of website accessibility
Log In Help Join The Motley Fool
Free Article Join Over 1 Million Premium Members And Get More In-Depth Stock Guidance and Research
By Rhian Hunt - May 26, 2020 at 6:04PM

More than 500 workers are now confirmed infected at a chicken plant.

While much of the USA cautiously begins opening for business again, hoping the COVID-19 pandemic is withering away, Tyson Foods (TSN -0.13%) faces an apparent resurgence of the novel coronavirus: 570 employees at a North Carolina chicken processing facility with a total workforce of 2,000, or roughly 28.5%, are confirmed to be infected after testing.

The meatpacking industry, where workers typically carry out their tasks in crowded conditions, was earlier hit by significant local outbreaks. At one point, America's meat supply chain was thought to be verging on breakdown, prompting President Trump to issue an executive order mandating the industry to keep operating. 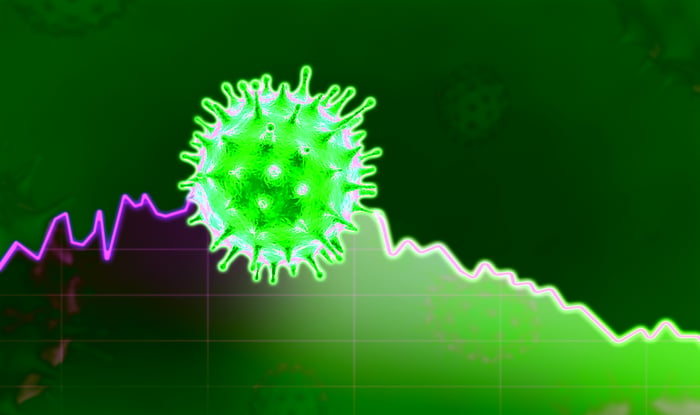 Tyson indicated that the majority of the 570 employees who tested positive are asymptomatic, appearing healthy even as they're infected. It also detailed the steps it's taking to combat further COVID-19 spread, including increased tests, placing shields between workstations, and otherwise "working closely with local health departments to protect our team members and their families."

At least one business owner in Wilkesboro, North Carolina, where the latest chicken plant outbreak of 570 was confirmed, is temporarily closing his business to Tyson employees. Bob Hartley of SmartCuts hair salon said the policy isn't meant "to dishonor or disrespect them" but is a response to the large infection cluster, which "raised a red flag and gave us concern." Tyson workers are, however, welcome to return after June 8 and will receive a special $3 discount.