Please ensure Javascript is enabled for purposes of website accessibility
Log In Help Join The Motley Fool
Free Article Join Over 1 Million Premium Members And Get More In-Depth Stock Guidance and Research
By Daniel Miller - May 26, 2020 at 5:53PM

Here's what could be driving automotive stocks higher Tuesday.

The idea of states reopening more of their economies is a huge positive for the broader automotive industry. As people have refrained from traveling for leisure -- and often for work -- miles traveled and new vehicle sales, among other things, dropped significantly. Before giving back some gains, the S&P 500 topped 3,000 for the first time since March 5.

Beyond that news, Novavax noted it began human testing of its coronavirus vaccine candidate, with trial data coming as soon as July, and Merck said it was working with partners to develop a vaccine and an antiviral treatment.

There were more positive data points: New home sales unexpectedly increased in April, and consumer confidence moved higher after two months of sharp declines -- all great news for the broader automotive industry, which has been hit hard by COVID-19. 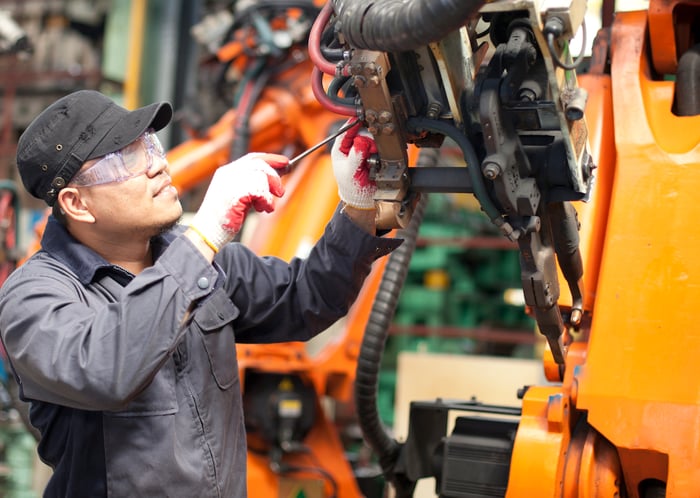 For auto suppliers, another boost could be AutoZone's (AZO 1.27%) better-than-expected third quarter. The auto retailer beat on both the top and bottom lines, and posted a same-store sales decline of 1%, much better than the 6.3% drop analysts had forecast. Management said that it saw meaningful sales improvement once stimulus checks began filtering through to consumers. 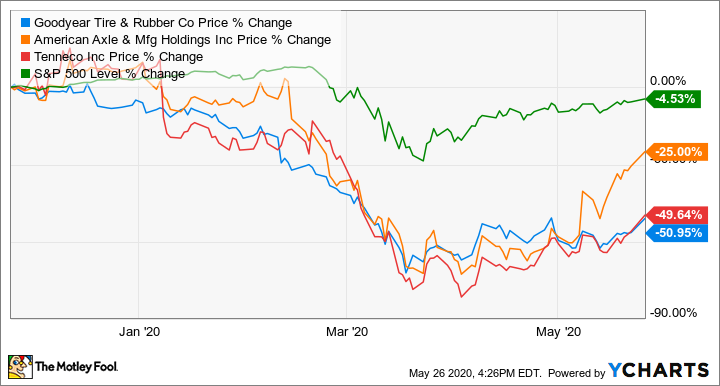 Automotive stocks have largely trailed the S&P 500 over the past three to six months, and there's certainly more financial pain to be felt during the second quarter. However, there's optimism that drug companies are working on vaccines and drugs to battle side effects, and states loosening restrictions could enable businesses to begin rebounding. Furthermore, Detroit's Big Three automakers and their suppliers began restarting assembly lines in mid-May in an attempt to slowly revive the industry, and analysts expect a big surge in vehicle sales over the Memorial Day weekend.

Those positive notes aside, investors must continue to research companies before buying anything that looks like a bargain. Remember that Hertz filed for bankruptcy protection last Friday. While broader markets will rebound, not all companies have the liquidity to survive the negative impacts from the COVID-19 pandemic.

Have $1,000 to Invest? Billionaires Are Buying These 3 Stocks

Why Goodyear Continues to Skid

Skechers Is Partnering With Goodyear on New Sneaker Tech