Please ensure Javascript is enabled for purposes of website accessibility
Log In Help Join The Motley Fool
Free Article Join Over 1 Million Premium Members And Get More In-Depth Stock Guidance and Research
By James Brumley – May 27, 2020 at 7:15AM

The "forever" part means investors have to think about the longevity of payout growth as well as reliable payments.

If volatility linked to the coronavirus contagion has become exhausting to you, you're not alone. March's sell-off looked like it might never end, and then suddenly, it reversed. The market has recovered most of what was lost then, yet earnings and the economy seem to be in even worse trouble than initially feared. Investors know everything will eventually be fine, but the past three months have been a not-so-gentle reminder that trying to beat the market is a tricky game.

There is a solution, at least for a big part of most investors' portfolios. That solution is owning reliable dividend stocks. While growth stocks tend to offer juicer stories, current income is a surprisingly big component of investors' total long-term gains and even more so with dividend-paying companies in the habit of generously increasing their payouts year after year. The most reliable of these companies can earn the moniker of Dividend Kings, or companies that have increased their dividend payout yearly for at least 50 straight years.

To that end, here's a look at five Dividend Kings most investors can simply buy and hold forever without constantly babysitting them. In no particular order... 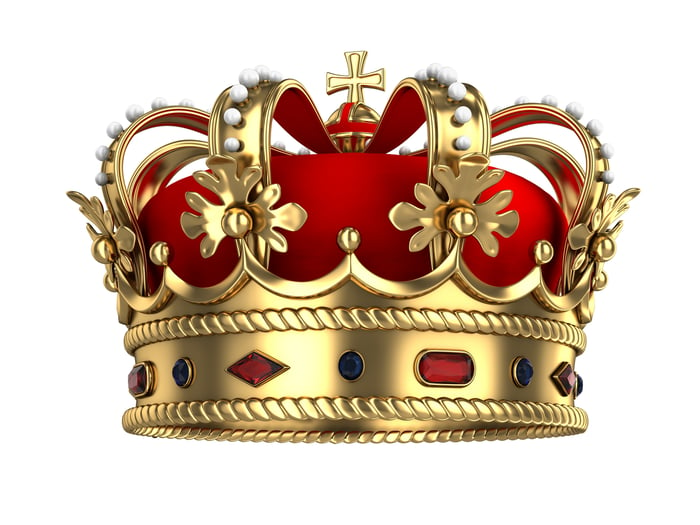 You know at least a couple of this company's products simply because they're in its name. The Colgate-Palmolive Company (CL -2.18%) is of course owner of brands like Colgate toothpaste and Palmolive dish soap. That's not all the company is though. Colgate-Palmolive also owns and operates brands like Softsoap, SpeedStick, Ajax, and Fluffy fabric softener just to name a few. They're product categories consumers buy in perpetuity, and they're products that foster a fair amount of brand loyalty.

That's not to suggest the company's revenue and profit growth trajectory is a perfect straight line. Even ignoring the impact of the coronavirus contagion on last quarter's results, this consumer staples name hits the occasional bump in the road, just as it bumps into the occasional business boost. What is consistent though, is the dividend. Colgate-Palmolive has managed to increase its dividend payout each and every year for the past 57 years, and has enjoyed plenty of earnings leeway to keep that streak intact. 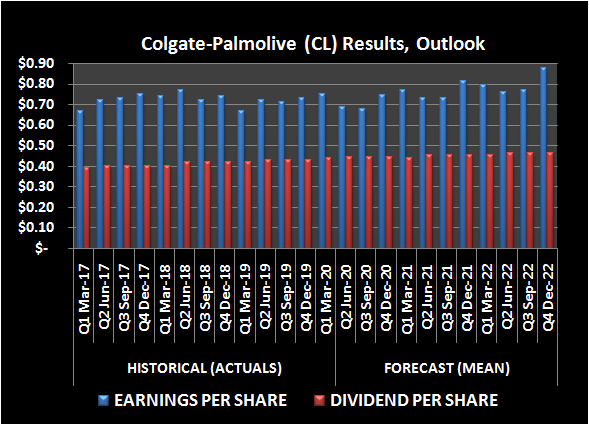 Technically and legally, water companies are not monopolies. Effectively though, they may as well be. If you don't believe it, try to switch your water company the way you might switch your mobile phone service provider. Most everyone will find there's only one game in town.

Enter American States Water (AWR -1.79%), which is one of the nation's bigger water utility names. You may know it better by one of its trade names though -- Golden State Water Company or American States Utility Services, both of which serve customers in southern California.

It's a tricky service area to be sure. Water scarcity is becoming a big problem for much of the state, and treating wastewater isn't exactly cheap or easy these days either. American States Water has been doing the job in California for a long time though, and it has figured out how to turn a reliable profit that in turn translates into reliable dividends. Its dividend payout, in fact, has now improved for 65 consecutive years, and given that people always need water, the utility name is practically recession-proof.

And don't sweat the notion that these heavily regulated utilities don't have pricing power. While local municipalities might talk about pushing back on price increases, Bluefield Research reported last year that water and wastewater bills for 50 of the nation's biggest cities have grown in each of the previous eight years. These price increases also tend to outpace overall inflation. 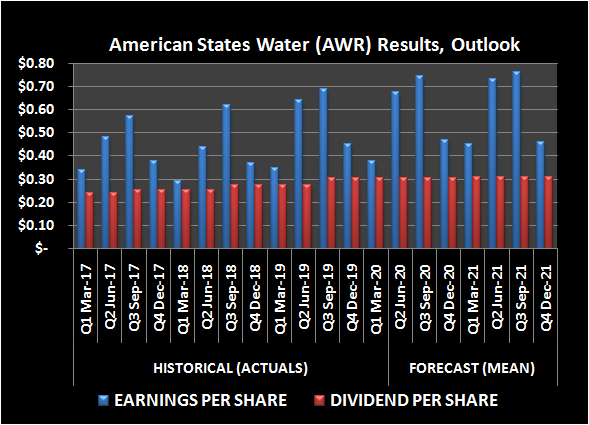 It's so commonly found within a list of recommended dividend stocks that it's almost become cliche. But, it's a completely deserved accolade. Johnson & Johnson (JNJ -1.94%) has proven its staying power with 58 straight years of dividend growth to its credit. But, it didn't earn its stripes as a top dividend stock quite for the reason many investors might think.

J&J is the name behind familiar consumer products like Johnson & Johnson baby shampoo, Tylenol, Neutrogena skincare products, Benadryl, and more. That's not the crux of its business though. Such consumer products only accounted for about 17% of last year's top line. The bulk of its business -- a little more than half -- is prescription pharmaceuticals. Its portfolio includes blockbusters like the multi-faceted Remicade, Stelara, and cancer-fighting Imbruvica just to name a few. Its prescription drug pipeline isn't too shabby either, with more than a couple dozen late-stage drug trials underway right now. Yes, Johnson & Johnson can stand shoulder to shoulder with the names that tend to be seen as purer pharmaceutical plays, such as Merck or Pfizer. Rounding out the revenue mix is a medical devices arm that offers robotic surgery tools, wound closure solutions, and cardiac diagnostic solutions.

Put all of these arms together, and what you're left with is a surprisingly diverse company that has something to sell to several different markets. 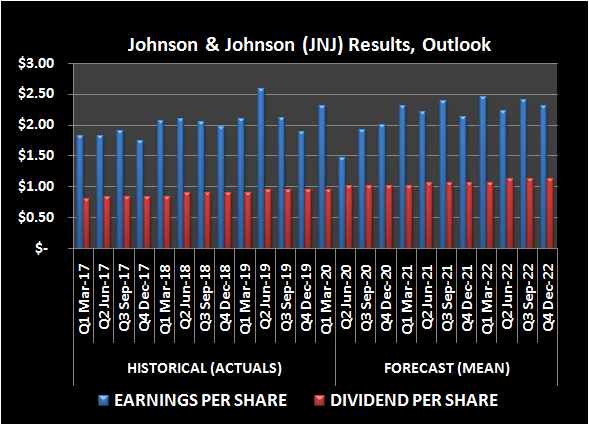 4. Dover does a little of a lot

Odds are good you can't name one product Dover Corp. (DOV -0.47%) makes. Yet, odds are good you regularly use at least one product that Dover helped make, one way or another. The company manufactures everything from gas pump components to sign-making solutions to the giant food coolers you'll find in a grocery store, and more. It even makes components for garbage trucks.

It's admittedly boring, and perhaps even a bit confusing. But, that's the point. Income investors want to own companies that make the things that sell well regardless of the economic environment. While it may be overstating things to call the company recession-proof, Dover Corp. is certainly recession-resistant. That's why it's managed to up its dividend payout in each of the past 64 years. It didn't have to dish out more than it actually earned to do so either. 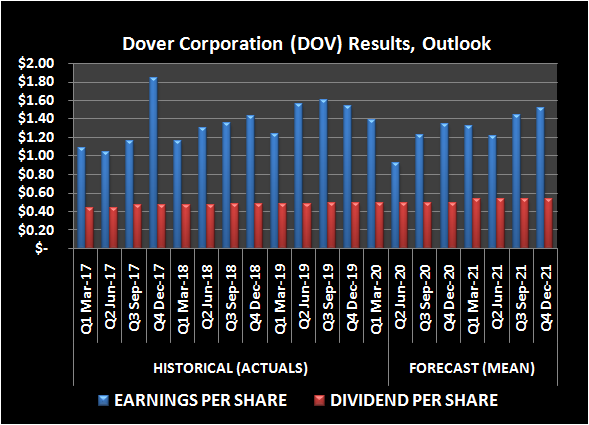 5. Lowe's is more than homebuilding and repairs

Finally, it's not a name that needs much in the way of an introduction. Home improvement retailer Lowe's Companies (LOW 0.48%) may be smaller than rival Home Depot, but with more than 2,200 stores now generating more than $70 billion worth of sales per year, it's not exactly being pushed around by competitors.

It can be a bit difficult to justify owning a home improvement name when the world could be ready to move into a period of economic weakness. Not only is real estate a cyclical market, but Lowe's non-construction product lines also seem subject to economic strength as well.

The company is far more resilient than it may seem like it should be on the surface though. The retailer sells a lot of consumables like cleaning supplies, light bulbs, and home repair goods just to name a few. For perspective, even during the worst of the 2008-09 economic meltdown caused by the collapse of the subprime mortgage market, the worst quarterly sales plunge Lowe's suffered still didn't exceed 5%, on a year over year basis. That's how the company's managed to now increase its payout for 57 consecutive years, with a potential 58th on the way. 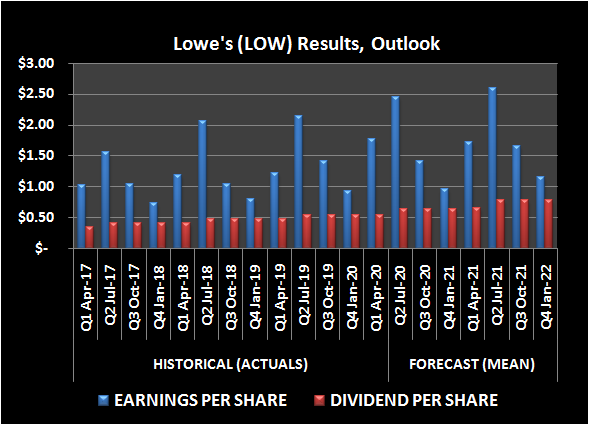 5 Top Stocks You Can Buy Now and Hold Forever