Please ensure Javascript is enabled for purposes of website accessibility
Log In Help Join The Motley Fool
Free Article Join Over 1 Million Premium Members And Get More In-Depth Stock Guidance and Research
By Keith Noonan – May 27, 2020 at 2:04PM

Big investments in autonomous-vehicle and AI technology could be the key to getting Baidu's growth back on track.

Gosuncn, a Chinese company specializing in Internet of Things and artificial intelligence (AI) applications, also gave Baidu's Apollo autonomous vehicle ecosystem an official vote of confidence on Wednesday. Despite announcing a partnership with Baidu's self-driving technology rival WeRide in April, Gosuncn revealed that it would bring its technology to Apollo and share resources with Baidu to bolster development of vehicle-road collaboration, smart transport, and the Internet of Vehicles applications. 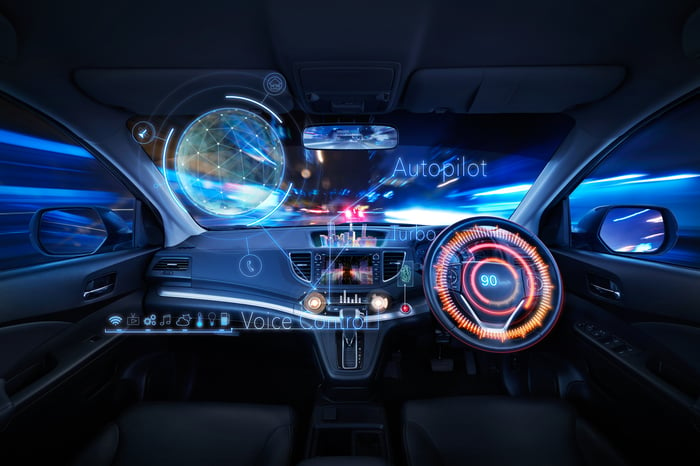 What's next for Baidu?

Baidu is looking for ways to drive revenue growth amid softening performance for its core search-and-advertising business, and it's betting big on autonomous vehicles and AI applications. The Chinese tech giant's sales fell 7% year over year last quarter, and the company's near-term outlook has dimmed due to weaker macroeconomic conditions in China and declining digital ad rates on its search platform.

Baidu has been relying on its iQiyi video-streaming subsidiary to prop up sales, but the video platform continues to post steep losses and its revenue growth has slowed dramatically since the company went public in 2018. Success for Baidu's AI and self-driving vehicle projects looks more important than ever.

The company's Apollo autonomous-vehicle ecosystem is backed by China's government and has support from many major auto manufacturers, semiconductor leaders, and software companies -- and it will likely play a defining role in the progression of China's self-driving vehicle market. Baidu has promising opportunities in autonomous-vehicle and AI technologies, but investors may have to be patient until business ramps up on those fronts.