Please ensure Javascript is enabled for purposes of website accessibility
Log In Help Join The Motley Fool
Free Article Join Over 1 Million Premium Members And Get More In-Depth Stock Guidance and Research
By Eric Volkman – May 27, 2020 at 12:09AM

Investors looking for a quick return to high profit margins at big banks could be in for a big disappointment.

JPMorgan Chase (JPM -0.31%), for one, will see a relatively weak bottom line in the company's current Q2 of fiscal 2020. In an industry conference on Tuesday in New York, in answer to an analyst's question on credit-loss provisioning, the bank's CEO Jamie Dimon said this could easily be "roughly equivalent" to the steeply increased level of Q1. 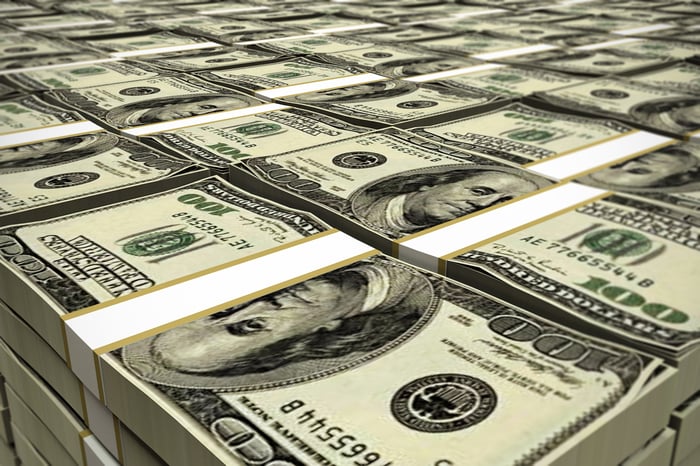 For banks, that quarter was marked by heavier provisioning nearly across the board. This is because defaults are expected to rise sharply because of the economic damage wreaked by the SARS-CoV-2 coronavirus outbreak. In Q1, JPMorgan Chase increased its credit-loss provisioning by nearly sixfold to nearly $8.3 billion. While the company was still profitable on the bottom line, said profit was down sharply; it fell 69% year over year to $2.87 billion.

Dimon speculated that the picture will become clearer soon after that for banks such as his.

JPMorgan Chase investors don't seem fazed by the prospect of continued heavier provisioning. They bid the company's stock up by 7.1% on Tuesday.