Please ensure Javascript is enabled for purposes of website accessibility
Log In Help Join The Motley Fool
Free Article Join Over 1 Million Premium Members And Get More In-Depth Stock Guidance and Research
By Joe Tenebruso – Updated May 28, 2020 at 8:12AM

Rumors of a buyout are swirling.

Shares of Luckin Coffee (LKNC.Y -0.71%) jumped more than 20% on Wednesday, continuing the stock's rally off its recent lows.

After being hit with an accounting scandal, executive terminations, and a Nasdaq delisting notice, Luckin Coffee's stock went on to suffer devasting losses of more than 95% from its all-time highs reached back in January.

However, the Chinese coffeehouse chain's stock has rallied sharply off its lows of $1.33 on May 22 in recent days. Shares now fetch $2.59 after their gains on Wednesday.

The reason for the rally? Rumors of asset sales and a potential buyout could be fueling the stock's recent ascent. Reuters reported on May 24 that restaurant giant Yum China and Tencent-baked Tim Hortons could be exploring the possibility of purchasing some of Luckin Coffee's assets, including its popular mobile app and extensive customer data. Rumors that Luckin Coffee could be acquired are also swirling on Twitter and other social media sites.

It's possible that these rumors are driving a short-squeeze, or forced buying by investors who bet against Luckin Coffee's stock. When a heavily shorted stock experiences a sharp rise in price, many short sellers are forced to buy the stock to close out their positions. This can serve to accelerate an upside move. 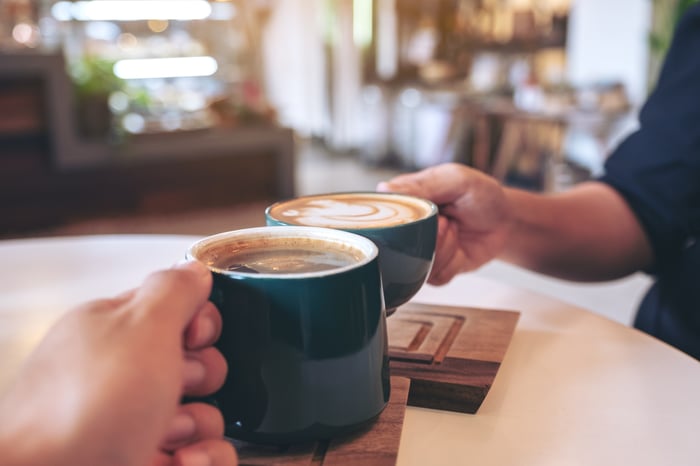 It's certainly possible that Luckin Coffee could be acquired at a price significantly higher than its current price. After all, the stock was trading above $50 per share just a few months ago.

However, most of what is currently driving its share price higher is based largely on conjecture -- and speculating on a potential buyout can often end badly for investors when the fundamentals of the underlying business are subpar.

Thus, owning Luckin Coffee stock right now is a high-risk endeavor. It could pay off handsomely if the beleaguered Chinese coffeehouse chain is acquired, but investors could also be completely wiped out if Luckin Coffee is forced to enter bankruptcy proceedings.