Please ensure Javascript is enabled for purposes of website accessibility
Log In Help Join The Motley Fool
Free Article Join Over 1 Million Premium Members And Get More In-Depth Stock Guidance and Research
By Lou Whiteman – May 27, 2020 at 3:43PM

The aerospace company makes some much-needed moves to simplify its operations and survive the downturn.

Shares of Triumph Group (TGI -2.61%) climbed more than 24% on Wednesday after the aerospace manufacturer announced a number of actions designed to help it weather the COVID-19 pandemic slowdown in plane sales.

Triumph flew into the COVID-19 crisis in a difficult position, in the middle of a multi-year transformation designed to reverse years of inconsistent results. With airlines retrenching due to a pandemic-induced falloff in travel demand, aerospace suppliers are bracing for a prolonged downturn in new plane and spare part sales. 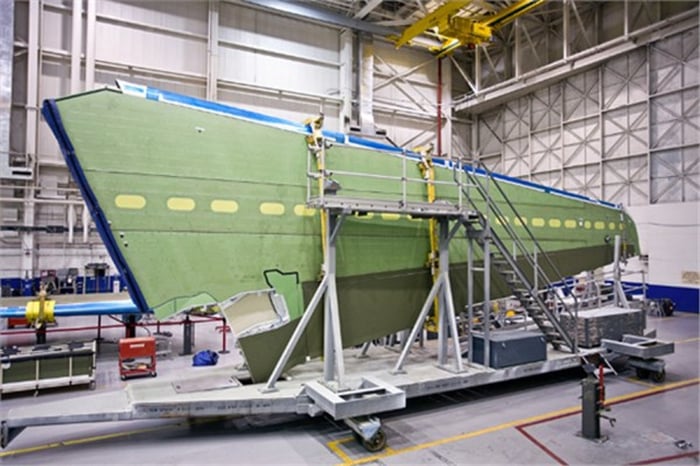 The company said Wednesday it has reached a deal to sell its G650/G700 wing manufacturing business to Gulfstream, the General Dynamics (GD -1.05%) subsidiary that is Triumph's customer for the program.

The wing business has been an albatross for multiple owners, with Triumph assuming the unit from Spirit AeroSystems in 2014. Triumph in 2018 worked out a deal with Gulfstream to re-allocate its wing assembly work to Gulfstream's Savannah, GA facility -- the first step in the eventual divestiture of the business.

Triumph also said it has secured purchase orders from Boeing to lock in production rates during the downturn, and reached an agreement with Israel Aviation Industries to accelerate the transfer of the G280 wing program to IAI and Korean Aerospace Industries by July.

Taken together, the actions will reduce Triumph's headcount by more than 4,000 employees and reduce its aerospace structures' business footprint from 34 sites to nine. Triumph is still working with bankers to sell more of its structures business and is hopeful to get deals done this year.

Overall, the focus is on survival. Shares of Triumph were down more than 75% year to date prior to the Wednesday announcements and had lost more than 90% of their value over the past five years.

A few months ago, investors had very real questions about whether Triumph would be able to get through this crisis without liquidity issues. Triumph's announcement Wednesday makes it much more likely the company will fly through the turbulence.