Please ensure Javascript is enabled for purposes of website accessibility
Log In Help Join The Motley Fool
Free Article Join Over 1 Million Premium Members And Get More In-Depth Stock Guidance and Research
By Howard Smith – May 27, 2020 at 11:11AM

Analyst coverage by Jefferies initiates the pet food maker with a buy rating and $86 price target.

Freshpet (FRPT 9.12%), which manufactures and markets fresh pet food and treats, has received a buy rating from new coverage by Jefferies analyst Ashley Helgans. Helgans has a price target of $86 on the stock, a 23% gain from the stock's current price.

The analyst wrote that Freshpet has a "best in class business model" with a first-mover advantage over competitors. The company has spread its refrigerator network into retailers, which won't likely accommodate space for multiple pet brands, says Helgans. 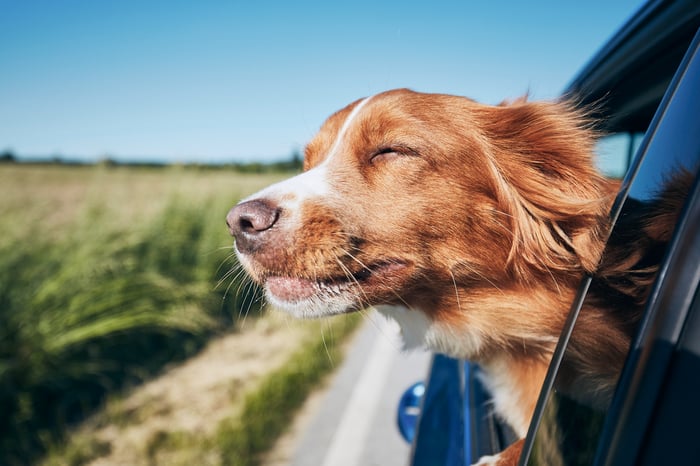 Jefferies research found that 70% of dog owners believe "nutrition/diet/health" to be the most important factor in dog food selection, which "bodes well" for the supplier of the premium-priced fresh product, Helgans said. Freshpet says its mission is "to improve the lives of dogs and cats everywhere through the power of fresh, natural food."

Freshpet was permitted to operate throughout the COVID-19 pandemic as pet food was deemed essential. In its first-quarter earnings report announced on May 4, the company estimated it will grow sales 26% and adjusted EBITDA greater than 50% in fiscal 2020 versus 2019, including pandemic-related adjustments to its business. These include $4 million in additional spending and a shift in advertising investments to later in the year.

In its presentation, the company highlighted a survey showing a majority of respondents believe that dog ownership made shelter-in-place restrictions better. Dog owners surveyed agreed that the companionship contributed to increased happiness and lower stress as they were restricted to their homes. The company pointed out that pet adoptions and fostering increased "significantly" during the pandemic crisis.