Please ensure Javascript is enabled for purposes of website accessibility
Log In Help Join The Motley Fool
Free Article Join Over 1 Million Premium Members And Get More In-Depth Stock Guidance and Research
By Rick Munarriz – May 29, 2020 at 8:31AM

There are hundreds of stocks that would have to more than double to revisit their 52-week highs. Let's check out three out-of-favor stocks that are ready to prove the naysayers wrong.

Stocks have been moving higher in recent weeks, but some investments have a long way to go before revisiting their earlier highs. Royal Caribbean (RCL -0.82%), Lyft (LYFT -1.67%), and SmileDirectClub (SDC 2.17%) are among the hundreds of stocks trading at least 50% below their 52-week highs.

The cruise line operator, ridesharing specialist, and corrective dental-work player have seen better days and their near-term prospects are troubling. Let's go over why it would be a mistake to give up on these three strong candidates bouncing back. 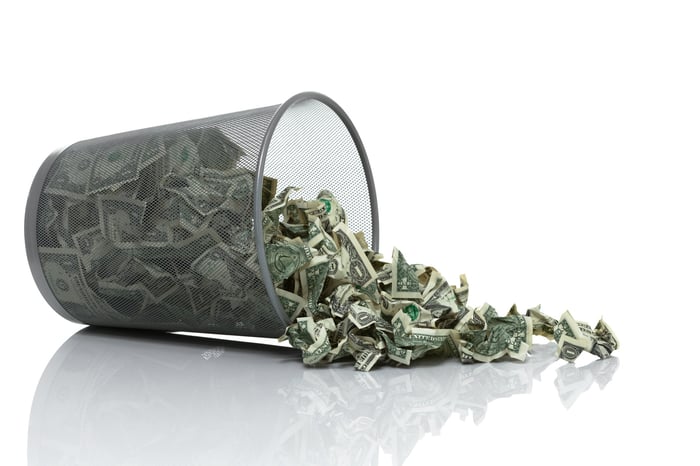 If you're shaking your head at the notion of buying into the cruise industry, you're not alone. All three of the industry's major players are more than 60% off their January highs. Cruises were a hotbed for COVID-19 cases, and this may very well be the last segment of the travel market to get rolling again. Current sailings are delayed until deep into this summer.

Cruise lines aren't going away. There may be a shakeout, and as weaker players fold, it will benefit the better financial performers by reducing capacity. The industry is taking on water, but Royal Caribbean was the fastest-growing player among the three publicly traded giants, and its profit margins routinely clocked in well ahead of the pack. It may take a couple of years for cruise lines to recover, but if you believe that they'll bounce back, you may as well buy the star pupil of the class.

It's probably been a long time since you've hailed a Lyft ride from a phone app, but the momentum that it and Uber (UBER 0.83%) had before their models got icky shouldn't be forgotten. Lyft saw its revenue more than triple in 2017, going on to more than double in 2018 before last year's 68% ascent.

Lyft was growing faster than the larger Uber, but this year's sell-off has been kinder to the global market leader. It certainly helps that Uber has seen its Uber Eats business take off. Lyft has refrained from entering the crowded realm of third-party delivery apps.

When it comes to flagship personal mobility services, both Uber and Lyft have been hurt because high-margin fares that combine different passengers have been suspended until the pandemic passes. Uber may still be 27% below its 52-week high, but Lyft has surrendered 54% off of its peak value.

The case for Lyft recovering is that ride requests have started to improve since bottoming out in the second week of April. Lyft has also tried to make the most of the new normal by testing out the delivery of essentials without a passenger involved, possibly a gateway drug to taking on Uber Eats. In the meantime, when passengers are ready to ride again, Lyft should resume its role as the growth leader.

Corrective dental work may be the last thing on your mind during the shelter-in-place phase of the pandemic, but your crooked teeth aren't going to straighten on their own. SmileDirectClub was riding high heading into 2020 as a provider of discounted clear dental aligners. Revenue rose 78% last year before the company had to pause most of its operations earlier this year.

SmileDirectClub offers a cheaper way to straighten teeth, using teledentistry and localized impression centers to shave thousands off the cost of traditional dental treatments. A scorching NBC Nightly News With Lester Holt report on SmileDirectClub's business also hurt the stock, but the company is now suing the media giant. It claims that the report contained more than 40 false and misleading statements.

Royal Caribbean, Lyft, and SmileDirectClub were stealing market share from larger players when their businesses took a coronavirus hit. They were strong growth stocks before, and they should return to form sooner rather than later.